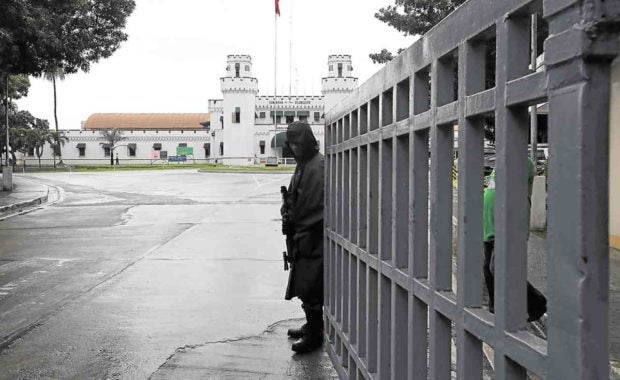 Justice Secretary Vitaliano Aguirre II on Tuesday said a changing of the guards at the New Bilibid Prison (NBP) is expected by end of July.

He said he already talked to Special Action Force (SAF) Director Benjamin Lusad to change the SAF contingent inside Bilibid following information that there was a resurgence of illegal drug trade in the national penitentiary.

“We have already made a request to SAF less than a month ago. This (changing of SAF contingent) will take place in the fourth week of this month,” Aguirre said.

Last year, President Rodrigo Duterte revealed that the source of the 75 percent of the illegal drug trade nationwide comes from the Bilibid.

A series of raids have been launched and criminal cases have been filed against former Justice Secretary and now Senator Leila De Lima and several other former officials for allegedly benefitting from the drug transactions.

Aguirre said new leaders have emerged in an attempt to reactivate the drug trade inside the national penitentiary.

“This is still very small compared to what we have dealt with last year,” Aguirre said.

Earlier, he noted on the possibility that some members of SAF have been tainted by the huge amount of money involved.

He said he will ask for an investigation on the matter. IDL