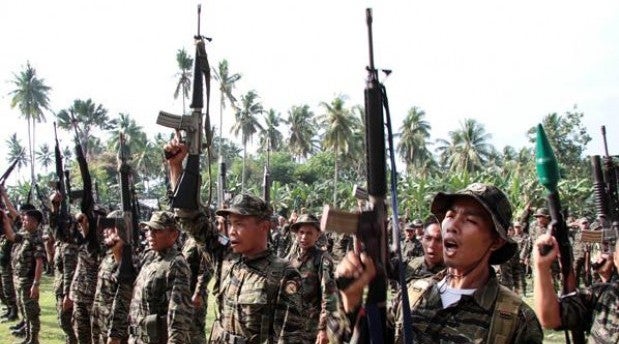 DAVAO CITY – Moro rebels have formalized their cooperation with the government’s anti-drugs campaign with the signing on Friday of an agreement on how to go about with anti-illegal drugs operations in areas under the insurgents’ influence.

The signing between representatives of the government and the Moro rebel group came a year after the Duterte administration launched its illegal drugs crackdown which saw the seizure of tons of illegal drugs valued in the billions of pesos.

“What’s important here was the cooperation, the manifestation of support and assistance in the anti-illegal drug campaign which we appreciate very much,” the PDEA chief said.

He said the AHJAG mechanism, created to oversee the ongoing ceasefire agreement between the biggest Moro insurgent group in the country and the government, would be used in the conduct of operations to avoid miscommunication and miscoordination that might lead to violent incidents on the ground.

Undersecretary Catalino Cuy, officer-in-charge of the Department of the Interior and Local Government (DILG) said the protocol came about following a lengthy series of meetings between representatives of both sides, and that MILF-held areas have also been affected by the drug menace.

He said the Moro rebel group in 2015 has prohibited the use, sale and proliferation of illegal drugs in Bangsamoro areas, declaring the illegal substance as “haram” or forbidden in Islam.

An agreement of cooperation and coordination in anti-drugs operations in MILF-influenced communities was signed by representatives of both parties on July 2016, Cuy said.

Chief Supt. Pierre Bucsit, AHJAG representative for the government, said the protocol would serve as a standard to be followed in anti-illegal drugs operations in MILF-influenced areas.

In the ARMM, Lapeña said illegal drugs are rampant in 366 of Maguindanao’s 509 barangays (villages), or about 72 percent while Lanao del Sur, which includes Marawi has 313 of its 1, 059 villages or 29 percent, affected.