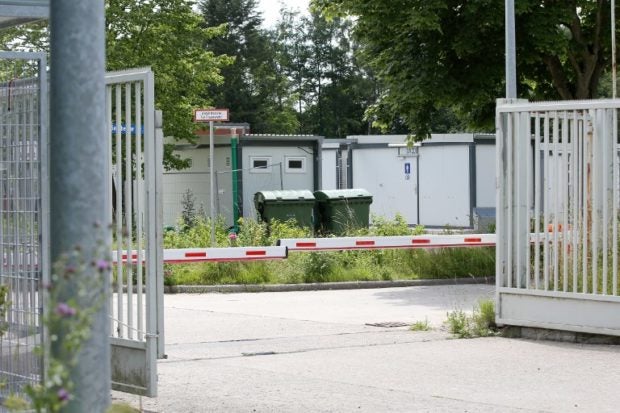 The former barracks ground in Bad Segeberg, near Hamburg, is empty on June 27, 2017, after Berlin sent home over 200 police officers who threw an alcohol-fueled party topped with sex in public. The police officers were sent to Hamburg as a back-up security force in Hamburg, which is hosting the G20 leaders’ summit next week. AFP

BERLIN, Germany — Over 200 Berlin police officers have been sent home after throwing an alcohol-fuelled party topped with sex in public in Hamburg, which is hosting a world leaders’ summit next week.

The 220 cops had been dispatched to the northern port city to help keep law and order during the July 7-8 G20 summit which is expected to draw tens of thousands of anti-globalization protesters.

But before assuming their duties, the officers threw a wild party at their temporary lodgings, with some seen having sex in public, urinating in a group against a fence and strip-dancing with weapons, local media reported Tuesday.

“One female officer was seen dancing on a table dressed only in a bathrobe with a weapon in her hand,” said B.Z. daily, which published photos of the cops posing with their drinks as well as the dining site in disarray after the party ended at 6:30 am.

At least one officer was also involved in a punch-up with a colleague from the western city of Wuppertal, public broadcaster RBB reported.

Berlin police confirmed the embarrassing incident on Twitter, saying: “Our police chiefs were told that our hundred-strong back-up force to Hamburg have been prematurely released from duty.

“The reason was misconduct at their accommodation on site,” they said, adding that “statements will be taken and draw consequences from that”.

Berlin’s security chief Andreas Geisel voiced alarm over the scandal, warning that “the work of Berlin police cannot be hurt by such incidents”.

Officers have to be “role models,” he said.

The police force of Germany’s party capital Berlin is no stranger to controversy.

Others preferred to view the latest scandal with mirth.