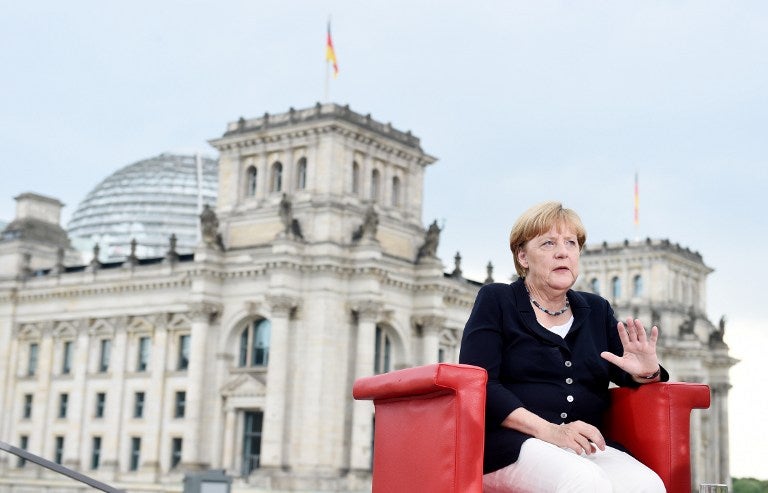 Berlin, Germany — German Chancellor Angela Merkel on Monday softened for the first time her opposition to gay marriage, as her conservative party comes under growing pressure on the issue ahead of elections in September.

Merkel, who had repeatedly voiced her opposition to gay marriage, said that lawmakers could vote according to their conscience, and not toe the party line.

Germany introduced civil unions for gay and lesbian couples in 2001, but they do not have the right to marry.

“I would like to orient the discussion in a direction which raises the question of a decision according to conscience rather than imposing anything,” she told Brigitte, a women’s magazine.

This is a significant shift for Merkel, who in 2013 said she opposed same-sex unions for “the well-being of children.”

Merkel’s Christian Democratic Party has so far opposed gay marriage in order to not alienate its most conservative supporters and to avoid entering into a conflict with its ally, the Bavarian Christian Social Union (CSU) which strongly backs the concept of traditional families.

The CDU and the CSU are due on Monday to present their common program ahead of the September 24 legislative election.