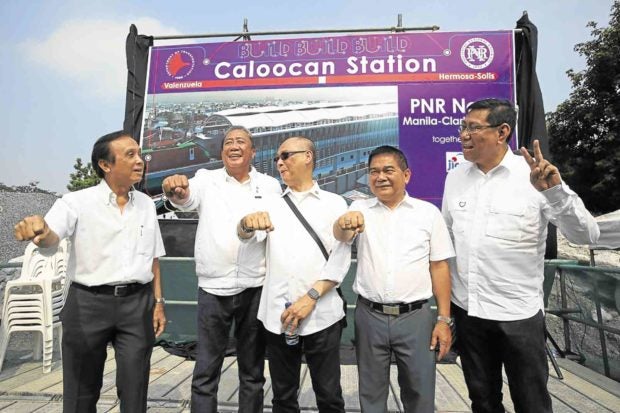 Transportation Secretary Arthur Tugade is pushing for the Philippine National Railway’s (PNR) Manila-Clark line to be opened in 2020, or a year earlier than expected.

Based on the study made by the Japan International Cooperation Agency (Jica), the railway system is set to be completed by the last quarter of 2021. But during Monday’s marking ceremonies for five train stations, Tugade asked Japanese officials assisting the government in the roll-out of the P255-billion project that they finish it a year early.

He also wants the train line to be partially opened to the public once at least seven of the 17 stations have been built and when it has been determined that operating the system is already viable. Construction will start in the last quarter of 2017.

“What they want is to finish the entire project. But if you wait for it to be finished, it may take a long time. If we can have an engineering system within which we can partially operate, that would be good,” he said.

Tugade led on Monday the marking of five stations of the PNR Manila-Clark line in an effort to show that there was “no backing out” of the project which would revive the service of the country’s oldest train system to areas north of the metropolis. These were the Marilao and Meycauayan stations in Bulacan province, and the Valenzuela, Caloocan and Tutuban stations in Manila.