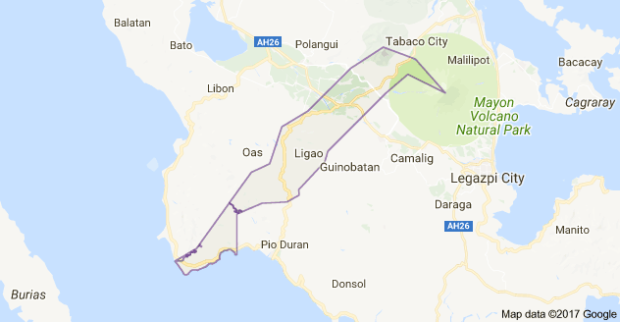 LIGAO CITY, Albay — Drug agents confiscated about P3.4 million worth of “shabu” (methampethamine hydrochloride) in two separate operations which also led to the arrest of 14 drug suspects in this city, authorities said Monday.

A report from Philippine Drug Enforcement Agency (PDEA) said drug agents armed with search warrant issued by Judge Alben Rabe of the Regional Trial Court Branch 15 in Tabaco City swooped down on the house of suspect Cepfriano B. Tolarba Narciso, aka “Pani”, in Tuburan village where they seized four packs of suspected shabu weighing 1 kilogram with a street value of P3.4 million on Sunday at around 1:42 p.m.

The suspect, however, was not around and was not arrested during the operation.

In another implementation of a search warrant, agents went to the residence of suspect Marvin Marmol, also in Barangay Tuburan.

Recovered from the house were several packs of shabu and drug paraphernalia.

Dir. Emerson L. Margate of the PDEA Bicol said the seized drugs weighed more or less 50 grams and had a street value of about P180,000.  SFM