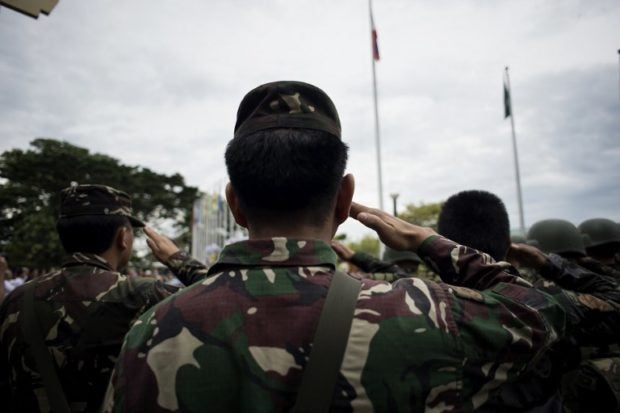 The Philippine National Police (PNP) on Monday challenged a women’s rights group to show proof that would support their claims that government troops have been threatening to rape women if they would not leave the conflict-torn Marawi City.

“The answer to that is to file a complaint, present evidence and prove the allegation,” PNP spokesperson Chief Supt. Dionardo Carlos said in a statement on Monday.

If true, Carlos said the PNP would never tolerate any wrongdoing committed by the members of the police force, even those deployed in the war zone.

“The PNP will never tolerate wrongdoings by its members but will protect its personnel when they are doing their job,” the police official said.

Brosas said military and policemen in the city threatened to rape women who sought refuge in evacuation centers in Lanao del Norte and Lanao del Sur, “as encouraged by no less than President Duterte in his public remarks.”

“These are alarming accounts which prove that the martial law and President’s rape remarks have actually emboldened the military to dangle rape threats against women in Marawi City. We fear that there are actual victims of rape and we encourage them to speak out and seek justice,” she said.

After declaring martial law in Mindanao last May, Duterte joked that he would give his all-out support to his soldiers, saying they could even rape up to three women and he would claim responsibility for the crime.

Gabriela then filed House Resolution 1085 directing the House Committee on Human Rights to investigate the plight of displaced civilians in Marawi City and to look into the rights violations committed by the troops.