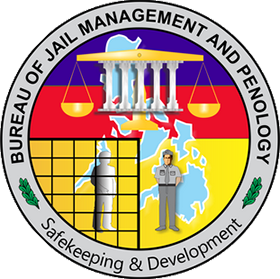 MANILA — To help sharpen their skills, Bureau of Jail Management and Penology Special Tactics and Response (STAR) teams from across the country competed in Cavite on Sunday on how to respond to emergency situations in prisons, Jail Director Serafin P Barretto Jr. said.

The event was held at the PNP Academy Firing Range in Silang, Cavite.

“We have continuing programs like this competition not only to hone the tactical skills of our men but to increase also our level of efficiency during crisis and jail incidents”, said Jail Director Serafin P Barretto Jr.

Each team was given a situation “similar to a jail incident” and were tasked to resolve it.

“Wit, strategy, intelligence and shooting skills are essential components for the successful completion of their mission,” Baretto said.

Each stage was timed and scored separately based on different standard scoring sheets to test the proficiency of each teams on “rope angel shooting, malfunction relay, tri-gun relay and close-quarter battle or target identification.”

“I am happy to see the capability of our personnel in terms of readiness, skills and proficiency today which is a critical requirement to a safe and peaceful resolution of an incident” Barretto said.

During the rope rescue stage, the teams faced a “scenario wherein they will enter a jail that houses violent inmates who are either high profile, high risk or classified as violent extremist offenders,” he said.

In the malfunction relay, team members resolved different firearm malfunctions which in real life “could be temporary, harmless or potentially dangerous,” he added.

Barretto said the tri-gun relay focused on execution of “accuracy and speed among competing teams” while the close-quarter battle required “planning, command and control, and operational skill-set for responding to any eventuality…during high-risk entry operations in jails.

“We don’t want to be complacent in terms of security. We will continue to provide trainings for our personnel especially to our tactical teams,” Barretto said.  SFM