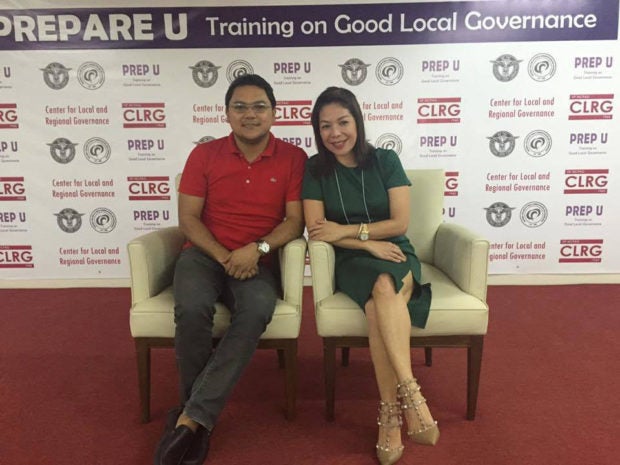 CEBU CITY — Bohol Provincial Board Member Niño Rey Boniel, who was charged and detained for the kidnapping and murder of his wife, Bien Unido Mayor Gisela Boniel, has been sent back to his hometown.

Judge Marivic Trabajo-Daray of the Regional Trial Court Branch 52 in Talibon, Bohol has ordered the transfer of Niño from the Fuente Police Station stockade in Cebu City to the Bohol District Jail in Talibon town.  Niño will be detained there until the court resolves the separate set of illegal detention and abduction charges filed against him by the police based on the complaint of his wife’s best friend, Angela Leyson.

Gerardo Carillo, Niño’s lawyer, said the police were given 72 hours from the receipt of the commitment order from the court to bring Niño to Bohol.

A copy of the commitment order was personally brought by Niño’s lawyer to the Fuente Police Station past 3 p.m. on Thursday.

“The police have to heed the court order,” Carillo said.

Niño, however, may likely be shipped back to Bohol only after he submits his counter-affidavit on the separate parricide complaint filed against him at the Lapu-Lapu City Prosecutor’s Office for the killing of Gisela, who was shot dead and dumped into the sea allegedly by Niño and eight of his men.

Carillo said they would submit their counter-affidavit in Lapu-Lapu City on Friday afternoon (June 23). Senior Insp. Reslyn Abella, spokesperson of the Police Regional Office in Central Visayas (PRO-7), said they would obey the court’s order and bring Niño back to Bohol.

“We will abide by the commitment order. We will provide him with the necessary security while being transported to the Bohol jail,” she said in an interview.

Niño, who has been accused of masterminding the killing of Gisela, is considered by the police a “high-profile” inmate.

But Abella said no special treatment would be given to Niño.

Niño was recently indicted by the Bohol Provincial Prosecutor’s Office on charges of kidnapping and serious illegal detention.

The case stemmed from a complaint filed by Gisela’s best friend Angela Gamalinda-Leyson, who along with her 17-year-old son, was held captive inside the Bien Unido Double Barrier Resort and Dive last June 7 by Niño and his men.

Not long after, Niño allegedly shot Gisela while they were on board a pumpboat and threw her body to the sea near Caubian Island in Lapu-Lapu City. Divers continue to scour the sea but Gisela’s body has yet to be found.

Of the respondents, Niño, Riolito, Randel, Wilfredo, and Magoncia were arrested. Carillo said they would move for the consolidation of the two cases for parricide, and kidnapping and serious illegal detention.

“It’s either it will be heard in Cebu or Bohol. It’s up for the court to decide.but wherever the venue will be, we are confident with our defense,” he said.  SFM