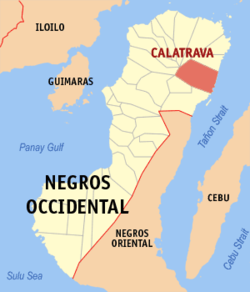 BACOLOD CITY — A sugar planter and his driver were killed on Thursday in an ambush staged allegedly by communist rebels at Purok Greenhills in Barangay Minapasok, Calatrava town in Negros Occidental, about 70 kilometers from here.

Norberto “Bebe” Lumayno, a sugar planter, and his driver, Danilo Braga, 45, were killed on the spot,  police said.

Lumayno was on board an Isuzu Dmax pickup driven by Braga to inspect his sugarcane fields in Purok Greenhills when they were ambushed 6:50 a.m. by New People’s Army rebels  positioned in the sugarcane field.

Recovered from the crime scene were assorted empty shells of M16, M14 and AK 47 assault rifles and an unexploded M203 grenade launcher ammunition.

Police said the ambush might have been triggered by a land dispute.

Witnesses said the armed rebels had been staying in the sugarcane field for two days, apparently to wait for Lumayno to pass by.

Police found empty sardine cans and foodstuff in the area where the rebels hid.

Precioso said that after a 15-minute firefight, the rebels fled and left behind a .45-pistol, a hand grenade, assorted medical accessories, two NPA flags, among other personal belongings.  SFM/rga

Read Next
‘PH death squad’ just a product of Trillanes’ ‘fantasies’—Palace
EDITORS' PICK
PH to send 584 athletes, 161 officials to Vietnam SEA Games
Gear up and get ready to play with Yamaha Mio Gear
SSS: Members on home quarantine due to COVID-19 can apply for sickness benefit
Acer starts the year off strong with the Aspire Vero National Geographic Edition
Kalinga, Ifugao, Mt. Province, N. Samar will be under Alert Level 4 from Jan 21-31
Mobile COVID-19 vaccination for commuters, transport workers set at PITX
MOST READ
Imelda Marcos trends on Twitter after octogenarian jailed for allegedly stealing mangoes
Mayor Vico counters vice mayor: ‘Did I say anything about his family?’
Municipal court in Pangasinan sets arraignment for ‘Lolo Narding’
Villar backs implementation of EDSA decongestion blueprint
Don't miss out on the latest news and information.