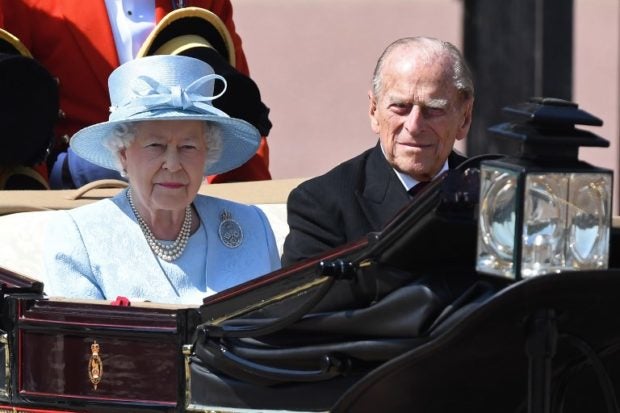 Prince Philip, the 96-year-old husband of Queen Elizabeth II, has been admitted to hospital as a “precautionary measure” for treatment of an infection, Buckingham Palace said Wednesday.

The infection arose from “a pre-existing condition,” the palace said. The Duke of Edinburgh, who is to retire from public duties later this year, was admitted to King Edward VII Hospital in London on Tuesday night.

Prince Philip was due to accompany the monarch to the state opening of parliament on Wednesday as well as the Royal Ascot horse races.

Their eldest son Prince Charles, the heir to the throne, will accompany Queen Elizabeth to the Houses of Parliament in his place.

“Prince Philip is in good spirits and is disappointed to be missing the state opening of parliament and Royal Ascot,” a Buckingham Palace spokesman said.

“Her Majesty is being kept informed and will attend Royal Ascot as planned.”

Prince Philip was by Queen Elizabeth’s side on Saturday for Trooping the Color, her official birthday military parade in London.

In a change from tradition, he wore a dark suit rather than his red army uniform and heavy bearskin hat.