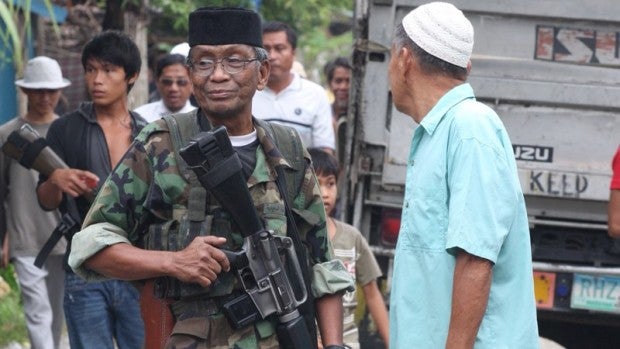 COTABATO CITY – The Bangsamoro Islamic Freedom Fighters (BIFF) said it took in its custody an undetermined number of civilians after they harassed a militia outposts in Pigcawayan, North Cotabato, on Wednesday morning.

Abu Mama Misri, speaking for the BIFF, said the civilians were safe.

“We secured them,” he told the Inquirer by phone. “We protected them from the bullets from Army. We will release them later. We did not use them as human shields.”

But Misri could not say how many civilians were in the hands of his men.

Capt. Arvin John Encinas, 6th Infantry Division spokesperson, said clashes were still on going with the Army and police pursuing some 200 heavily armed BIFF men fleeing to the Maguindanao marshland with an undetermined number of hostages used as human shields.

“Pursuit operation is still on going,” Encinas said, adding that no casualty was reported on the government side.

The rebels were withdrawing to the marshland in Maguindanao when they chanced upon the civilians in Barangay Simsiman, he added. CBB