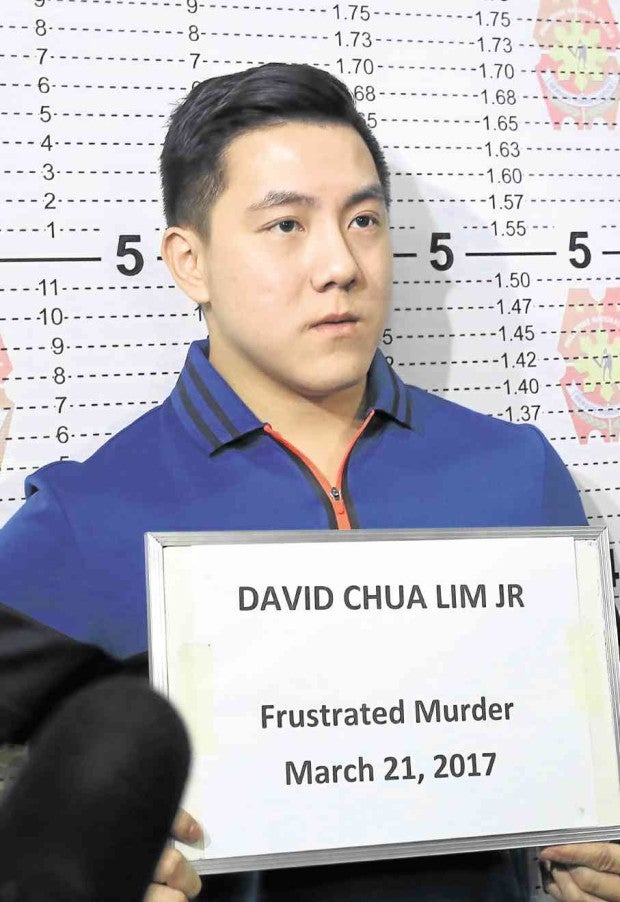 In a June 14 order, Judge Ricky Jones Macabaya of the RTC Branch 5 in Cebu City granted Lim’s request to refer the case back to the prosecutor’s office so Lim could answer the accusations through the
conduct of a preliminary investigation.

“Considering that the motion was filed within the reglementary period under Section 7, Rule 112 of the Rules of Court…, the court finds the motion meritorious and grants the same in the interest of substantial justice,” he said.

Macabaya directed the Cebu City Prosecutor’s Office to conduct a preliminary investigation of the case and to submit its report within 30 days from receipt of the order.

While the prosecutor’s office was conducting the preliminary investigation, the judge suspended Lim’s arraignment which was scheduled on June 20, and reset it to Aug. 15.

The other case for illegal possession of ammunition filed against Lim was also earlier remanded to the prosecutor’s office by Judge Alexander Acosta of RTC Branch 9.

The camp of Lim and the complainant did not have an idea about the suspension of the court proceedings.

But the proceedings did not push through.

Aside from remanding the case to the prosecutor’s office, Macabaya was not around because he was attending a seminar for judges in Tagaytay City.

Lim and his lawyer Gilbert Viloria refused to issue any statement to the media.

Lawyer Mundlyn Misal-Martin, the counsel of the road rage shooting victim, Ephraim Nuñal, said they would file the necessary comments to the court in relation to the order mandating the prosecutor’s office
to conduct a preliminary investigation on Lim’s case.

Nuñal sustained gunshot wounds on his left thigh and right ankle after he was allegedly shot by Lim during a traffic altercation on F. Sotto Street in Barangay Kamputhaw in Cebu City about 3 a.m. on Sunday.

Nuñal, a nurse, had to spend about two months at the hospital to recuperate before he was eventually discharged last May 26.

His cousin Jocelyn Atis said the family spent not less than P400,000 in hospitalization expenses.

She said they were grateful to Cebu City Mayor Tomas Osmeña for supporting the family, including their financial needs.

“Although he (Nuñal) can now slowly walk, he continues to undergo physical rehabilitation,” Atis said.

After spending two nights in jail, the scion of one of Cebu’s wealthiest families was released from detention after he posted a total of P144,000 in bail to secure temporary liberty pending the resolution of the charges filed against him.

In a pleading filed in court, Lim’s lawyer said the accused voluntarily presented himself to the police for safekeeping amid  reports that he was being hunted by authorities. Lim was surprised when he was detained “against his will.”

Lim’s camp eventually asked the court to remand the case to the prosecutor’s office for further investigation.

The prosecution, on their part, argued that the prosecutor’s office had conducted an inquest proceeding, a mandatory procedure following an arrest.

The accused, Martin said, was given the opportunity to avail of a preliminary investigation so he could submit his counter-affidavit and refute the allegations hurled against him.  However, Misal said Lim decided not to file a counter-affidavit and instead requested the prosecutor to file the case in court.

But Judge Macabaya found the plea of the accused “meritorious” and remanded the case back to the prosecutor’s office.  SFM