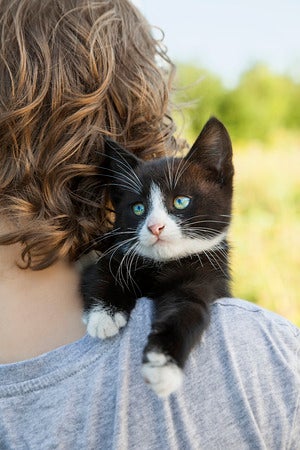 Public places and public transportation often have rules about bringing animals along. One man in Ontario, Canada didn’t appear to agree with this when he killed a kitten after he was refused passage to board a MetroLink train.

The man was identified as 23-year-old Decalos Edwards Johnson-Foston. He was about to board a train at the Belleville Station MetroLink with a kitten on his shoulder when a security officer stopped him, reports Belleville News-Democrat.

The officer said that Johnson-Foston was not allowed to bring the cat onto the train. Johnson-Foston then threw the kitten on the ground, severely injuring it, then stomped on its head. He then proceeded to board a bus before anyone else could react.

Johnson-Foston was later apprehended on the bus when it stopped at College Station. Police reported he also took money from someone’s wallet during the ride.

He was charged with aggravated cruelty to animals, a class 4 felony and a minor one. Johnson-Foston is being held at St. Clair County Jail with a bail bond set at $75,000.

“Actions like this are so senseless, it is hard to comprehend at times,” Capt. Bruce Fleshren, chief of investigations for sheriff’s department, said in the report. “If you cannot or will not take care of an animal, please take it to the nearest shelter for proper care.” Alfred Bayle/JB/rga

Cat dies after being beaten, tortured with hot glue in Utah