Brothers who brought death and ruin to Marawi City 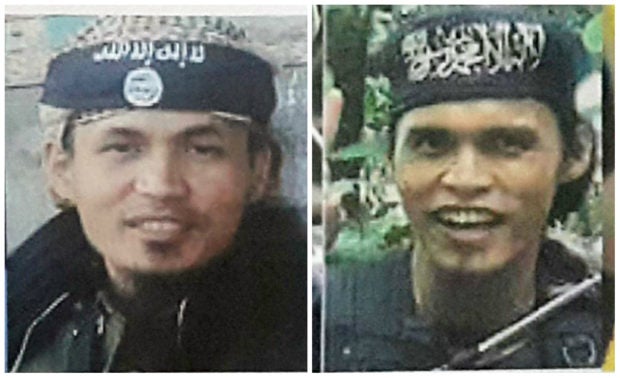 Twenty years after obtaining Christian educations, Muslim brothers Omarkhayam and Abdullah Maute returned to their southern Philippine city with the black flags of the Islamic State group and set fire to their alma mater.

Hundreds of gunmen, many of them young locals recruited by the Maute brothers, destroyed Dansalan College in a rampage across Marawi City last month as they launched a brutal offensive to stamp their credentials as Philippine leaders of IS.

It turned the siblings, aged in their mid 30s, into the most infamous high school alumni of the Protestant Church-run institution, which had been a symbol of religious tolerance in the mostly Muslim city of 200,000 people.

The brothers have since remained holed up in parts of Marawi, using their local knowledge of tunnels and bomb-proof basements, to withstand a military offensive that has left entire neighborhoods in ruins and claimed more than 300 lives.

“We do not understand where that hate is coming from,” said Zia Alonto Adiong, a member of the regional parliament in a self-ruled Muslim area in the southern Philippines’ Mindanao region that includes Marawi.

Duma Sani, an ex-dean of Mindanao State University whose daughter also went to school with one of the Maute brothers, said most locals did not support their radical brand of Islam, under which non-believers must be killed.

“These (Marawi gunmen) are young people who have their own interpretation of the Koran and who do not respect their own elders,” Sani told AFP.

The Maute group emerged as a small rag-tag group around 2012 from a decades-old Muslim separatist rebellion in Mindanao, which makes up one third of the predominantly Catholic Philippines.

“I think what transformed the Mautes from a small band of siblings to a real serious military threat was the emergence of ISIS in the Middle East,” security analyst Sidney Jones told AFP, using an alternative acronym.

But the brothers were radicalized much earlier: while pursuing studies in the Middle East after college, according to Jones and Rommel Banlaoi, head of the Manila-based Philippine Institute for Peace, Violence and Terrorism Research.

Banlaoi said they returned to Mindanao after about a decade away to be mentored by a fugitive Indonesian militant, Ustadz Sanussi, who in turn put them in touch with other Southeast Asian jihadists, notably the Malaysian bomb-maker Zulkifli bin Hir.

With an engineer father and a mother involved in construction and property development, the Mautes are part of Muslim Mindanao’s elite.

“These connections gave the group a measure of protection,” Banlaoi said.

Since the conflict erupted, the mother and father have been arrested. Authorities have said the arrest of the mother was particularly important, describing her as a financier of the group.

All her seven sons are believed to be involved in the Marawi conflict, according to Banlaoi.

However Jones said the mother was not the driving force of radicalism, rather she and the other family members had been led by Omarkhayam and Abdullah.

Their main ally is Isnilon Hapilon, a leader of another hardline group called the Abu Sayyaf who is on the US government’s list of most-wanted terrorists.

IS named Hapilon as its leader in the Philippines in recent years, and he is believed to be in Marawi with the Maute brothers.

However Jones, director of the Jakarta-based Institute for Policy Analysis of Conflict, said leadership had effectively shifted to the Maute brothers because they were controlling events in Marawi.

Regardless of whether the Maute brothers are driven out of Marawi, they have established the Philippines as a successful new base for IS, according to Jones, pointing to foreign fighters who have been reported killed in the conflict.

The military has said that slain fighters have come from countries including Chechnya, Libya, Indonesia and Malaysia.

“Everybody has been concerned up till now about the threat of foreign fighters coming back from Syria and Iraq. Suddenly, the bigger threat (is) foreign fighters who never set foot in the Middle East going to Mindanao,” Jones said.

“Marawi in particular has become the new sexy destination for jihad.”/rga