What really goes on in an emergency kitchen staffed by volunteers who cook a thousand meals a day for both Christian and Muslim evacuees from Marawi? Are good intentions enough?
By: Fe Zamora - @inquirerdotnet
Philippine Daily Inquirer / 01:00 AM June 18, 2017 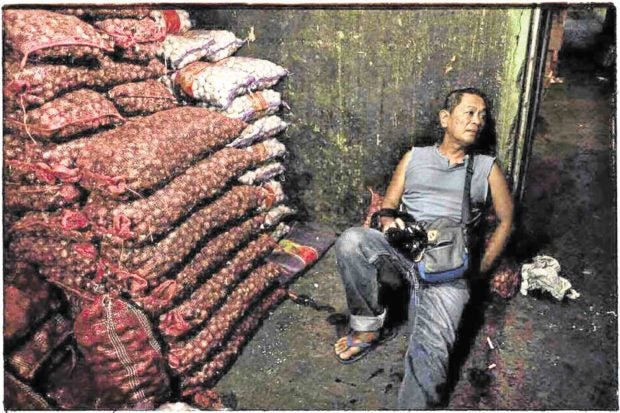 Five days before Father’s Day, artist/photographer Alex Baluyut posted a message for his son on Facebook.

“Dylan, I miss you, kid,” he told the 13-year-old who was in the family garden cottage in Los Baños, Laguna, where he lives with older brother Rickee, and their mother, Precious.

Baluyut’s longing for his sons hits him hardest during the rare times when he’s not busy taking photographs in the evacuation camps in Iligan City, or leading his little army of kitchen warriors as they cook halal food for 1,000 Maranao and Christian evacuees.

Since May 29, Baluyut has been in Iligan City overseeing an emergency kitchen for residents displaced by the war between the military and the Islamic State-inspired Maute group in Marawi City.

Cooking for 1,000 people every day is “a big responsibility that we take very seriously,”  said Baluyut, who founded the Art Relief Mobile Kitchen (ARMK)  in November 2013, as a volunteer response to the hunger and devastation left by Supertyphoon “Yolanda” (international name: Haiyan) in Eastern Visayas.

The idea was inspired by  Medicins Sans Frontiers  (Doctors Without Borders), a humanitarian group started by a doctor and a journalist. MSF provides medical aid to people caught in conflict.  Similarly, ARMK’s main goal is to provide warm, newly cooked food to residents affected by conflict, man-made or natural.

But good intentions were not enough. Baluyut laid down some basic principles followed in the emergency kitchen.  “We make sure there’s no food poisoning. Also, we aim for zero spoilage. And most importantly, the food must be distributed within three  hours,” he said. 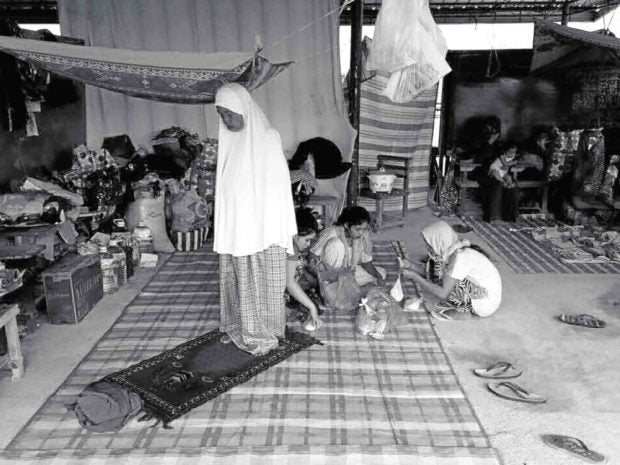 Feeding a Muslim community also means cooking only halal food that conforms with the religion.  Baluyut said he had consulted with Muslim leaders before opening the kitchen, and made sure all cooking utensils were new and had never been used to cook pork and other food forbidden in the Quran.

Calculating how much food is needed for a certain number of people “is not a guessing game,” Baluyut continued.

To cook adobo for 1,000 people, for instance,  one would need 130 kilos of chicken, one gallon and one liter of soy sauce,  one-third sack of garlic, one-fourth sack of onion, plus lots of laurel leaves.

To add a taste of Maranao cuisine, the “kitchen warriors” add palapa,  a Maranao spice made from sakurab/ginger and siling labuyo.

To cook rice for the same number of people, one would need five and one-fourth sacks  of rice. “Cooking rice [for so many]  is the tricky part. We really need experts,” Baluyut said.

Since June 1, ARMK volunteers in charge of cooking rice the traditional way using a pot and firewood had  missed only once, Baluyut recalled, “when the rice was not well-cooked.” 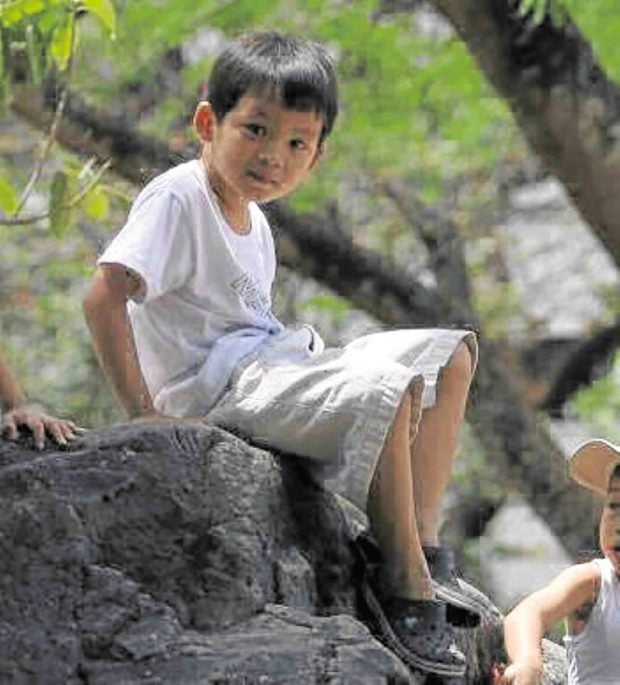 Though ARMK owns an industrial rice cooker big enough to feed a banquet, the appliance had been used to cook pork, so it was left in Manila.

So far, ARMK has 30 volunteers working two shifts. They are mostly college-age youths and young professionals, Muslims and Christians alike.  Most are members of  AKMK, or Alyansa ng Kabataan Mindanao para sa Kapayapaan.

The kitchen  is located in the compound of United Church of Christ in the Philippines, which makes ARMK truly a Muslim-Christian endeavor.

The mobile kitchen is equipped with industrial-sized vats, pots and pans, the biggest ladles one can find in the market, as well as assorted knives and chopping boards. The utensils are either borrowed or bought from funds sent by organizations who believe in what ARMK is doing.

But it’s the volunteer head cooks who rock the emergency kitchen,  Baluyut said.

A foodie himself, the photographer gushed at the  skills,  creativity and energy of the volunteer cooks, among them Grace Araneta, a member of Karancho Motorcycling Club of Iligan.

There are dishes that are easy to prepare and those that need “muscles,” Baluyut said. 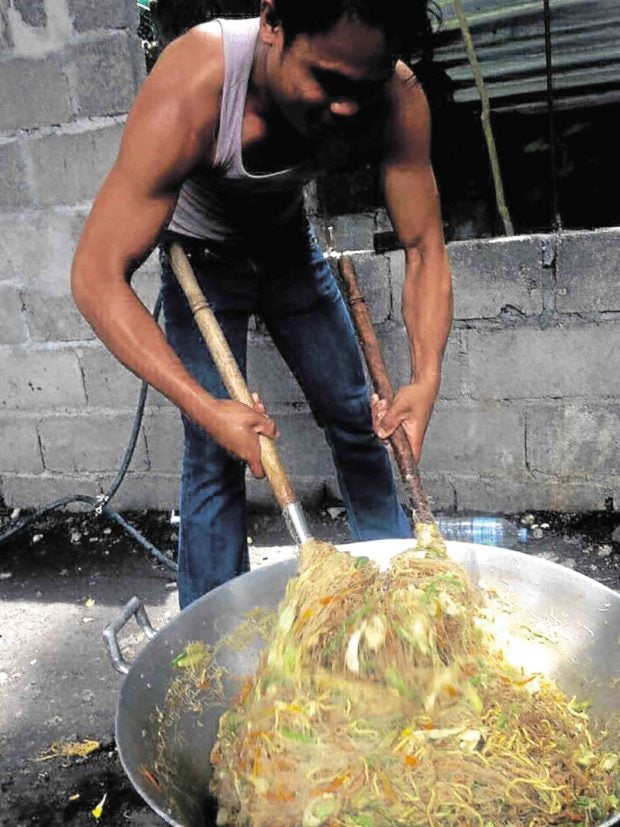 Cooking up a storm

To date, chicken adobo holds the record as the easiest dish to cook, Baluyut said. “The secret is to make sure it is well-marinated,” he explained.

ARMK may decamp for Manila in a few days. “The concept is really that of a relief kitchen, an emergency kitchen, while waiting for government aid to come in,” he said.

Early this week, the Department of Social Welfare and Development started distributing kitchen utensils to the evacuees. “This gives them the chance to start cooking again. When that happens, ARMK moves out,” Baluyut said.

And when ARMK moves out, it leaves behind its kitchen utensils. “The idea is for the people to start their own community kitchen.  ARMK has given the volunteers the training and the standards. They can start on their own,” he said.

Food relief operations would have to be institutionalized though, and already, Baluyut is working on an  emergency kitchen field manual.

“Many people want to donate, but we are also choosy,” Baluyut said, adding that some politicians wanted to give money. But “we want ARMK to be independent,” he said.