Call center for the deaf in the works 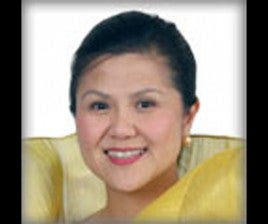 Call centers catering to the needs of an estimated three to four million deaf Filipinos would soon be available in the country.

This was disclosed by Bagong Henerasyon party-list Representative Bernadette Herrera-Dy on Tuesday as she congratulated 30 individuals who completed a two-month Video Relay Service (Call Center) Training Program in Makati City.

Herrera-Dy is filing a bill that would make it mandatory for business establishments, particularly fast food chains, and government agencies to put up their own “call centers” for hearing- and speech-impaired persons or hire sign language interpreters to attend to them.

She said the success of the initial VRS training prompted her party-list group to pursue similar programs in local government units in the country.

“It is the right of individuals with vocal and audiological impairments to be heard. Being able to communicate and be understood are human entitlements that must not be denied,” Herrera-Dy said.

The VRS program includes sign language proficiency training and video relay computer program education, which are the main components of call center services for the deaf.

Hererra-Dy said VRS centers were flourishing in the United States and other countries with strong government programs for persons with disabilities.