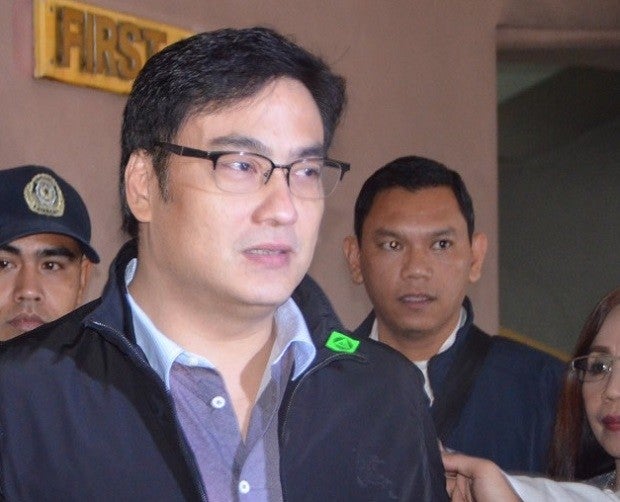 Despite the last-ditch objections of the defense on the presentation of evidence, the Sandiganbayan First Division concluded the pretrial stage and paved the way for the trial proper to begin on June 22.

The trial was supposed to have started in January, but legal heavyweight Estelito Mendoza took over Revilla’s defense that month and raised new issues regarding the relevance of certain matters such as the issue of ghost projects.

During the Thursday hearing, the anti-graft court denied the defense’s last-minute move to exclude the list of evidence and witnesses from the pretrial order. This allowed the signing of the order to proceed.

The Revilla camp wanted the prosecution to rest its case first; this would allow them to prepare for additional evidence before finally submitting the list of exhibits and witnesses.

Office of the Special Prosecutor Director Joefferson Toribio objected to the Revilla camp’s move, because this meant taking back the pretrial brief they have submitted long ago.

When Mendoza invoked the accused’s right to remain silent or “remain silent as long as he wants” on the evidence he would like to present, Toribio retorted: “They provided us the list already. They’re not
silent anymore.”

Revilla lawyer Reody Anthony Balisi argued that the defense could exercise the right to choose how to use the evidence. But, division chairperson Justice Efren dela Cruz said this did not mean the defense had the discretion to withdraw the evidence.

In the end, theprosecution would still know what the Revilla camp would present, but the defense still walked away with an assurance that they could submit additional evidence should the need arise later in the trial.

Mendoza also informed the court that his team would make “standing objections” during the trial, to object to the court’s inclusion of the purportedly irrelevant issue of ghost projects in the trial.

The top defender said they did not mean to delay the proceedings even as they raised various questions at the pretrial stage over the past five months.

“The accused wants a speedy trial. We are confident of being acquitted,” Mendoza said. “So, do not worry that we will delay the proceedings.”

At the sidelines of the hearing, Revilla echoed his counsel’s bravado. “I know it’s gonna happen because that’s the truth. And the truth will happen by the mercy of God,” he told reporters in a rare interview.

Revilla also expressed relief that the trial would start on June 22. His colleague in the Senate minority during the Aquino administration and fellow detainee Jose “Jinggoy” Estrada is set to be tried on June 19, although his pretrial order has yet to be signed as of this posting. Both dates are close to the third anniversary of his June 20, 2014 detention.

The Philippine Daily Inquirer sought Revilla’s reaction to the Duterte government’s move to reopen the investigation on the pork barrel scam and include officials supposedly overlooked by the Aquino administration.

Revilla said: “Let’s see. For our part, we’re after the truth. Whoever is liable should be held liable. Those who were innocent, they should be freed too.”

For now, he is seeking a temporary leave from detention to visit his hospitalized 90-year-old father, former Senator Ramon Revilla Sr.

In a five-page motion filed Thursday, Revilla sought two six-hour furloughs to visit his father at St. Luke’s Medical Center in Taguig City on Monday, 6 a.m. to 12 p.m., and Tuesday, 2 p.m. to 8 p.m.

The motion explained that the elder Revilla is being treated for “Valvular Heart Disease, Severe Mitral Regurgitation, Congestive Heart Failure, and NYHA FC II.” He would have to undergo Percutaneous Mitral Clip, a procedure to correct the heart disorder.

The court said it would soon resolve the request since the prosecution did not raise any objection.

“He needs the support, to see his children by his side before the procedure is done,” Revilla told reporters. “He’s pretty okay. He can still be talked to, but of course, we are asking our countrymen for
prayers for my father.”  SFM