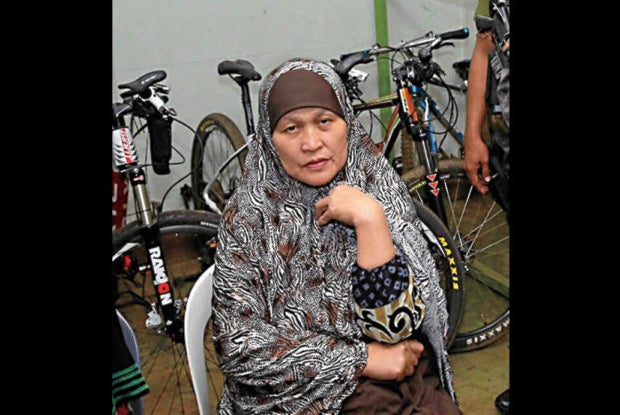 Government prosecutors have filed a rebellion charge against Ominta ‘Farhana’ Romato-Maute, the mother of Maute group leaders Omar and Abdullah. Farhana is shown here after her arrest on June 9, 2017. ARMM-PNP PHOTO

The Department of Justice’s (DOJ) has filed before the Cagayan De Oro (CDO) Regional Trial Court a rebellion case against the mother of two Maute group leaders, a former Marawi city mayor and nine others.

Salic, who was also arrested last Friday in Misamis Oriental, was included in Department Order No. 2 issued by Defense Secretary and martial law administrator Delfin Lorenzana. Authorities confiscated four M203 grenades, an M-16 rifle with 29 bullets and three M-16 magazines each with 30 bullets.

“The panel of prosecutors of the Centralized Prosecution Office of Lanao Del Sure and Marawi City accuses [the 11 individuals] of the crime of rebellion under Article 134 of the Revised Penal Code,” the resolution stated.

Farhana is believed to be the financier of the Maute group while Salic’s name appeared among checks confiscated by the military in one of Maute group’s hideouts.