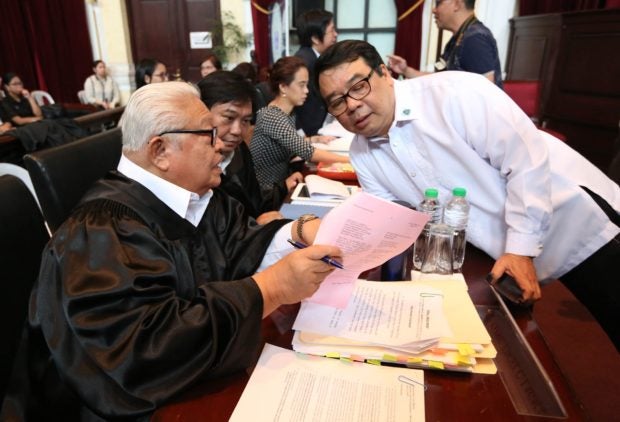 The Supreme Court has resumed oral arguments to determine the constitutionality of Proclamation 216 declaring martial law in the whole of Mindanao.

Interpellation continues with Associate Justice Francis Jardeleza questioning the petitioners about their knowledge of the incidents enumerated in the report to Congress that led to the proclamation.

Among the incidents mentioned included the Maute group overrunning four streets and 13 barangays in Marawi, threatening to bomb four bridges to prevent military reinforcements, the burning of a cathedral, and the burning of the nuns’ quarters at the cathedral.

Representative Edcel Lagman said they were not aware of those incidents, adding that those did not constitute actual rebellion as defined under the Revised Penal Code.

On the report that the Senator Ninoy Aquino College was burned down, Lagman said it did not happen.

He added that the burning of the Marawi Central Pilot Elementary school did not also happen as he cited the pronouncement of the Department Division head of the area.

“We agree Maute is a terrorist group and must be subdued. Those facts do not constitute actual rebellion,” Lagman said.