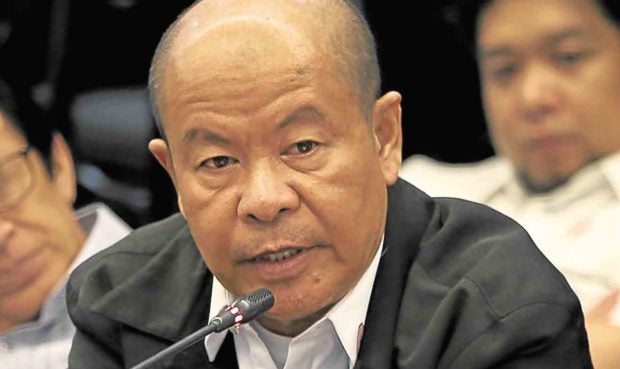 The Philippine government has asked the International Police (Interpol) to help track down retired SPO3 Arturo Lascañas, who had fled the country after he claimed to have killed hundreds of people on orders of President Duterte.

In a June 8 letter to the National Bureau of Investigation, a copy of which was released to the media on Tuesday, Justice Secretary Vitaliano Aguirre II directed the NBI “to coordinate with the [Interpol] to gather information on the location and whereabouts of … Lascañas and to coordinate with the proper authorities for his apprehension.”

Lascañas had owned up to the crime and to membership in the dreaded vigilante group Davao Death Squad (DDS) when he faced a Senate inquiry in March.

He testified that the President, who was then mayor of Davao City, had ordered them to kill Pala, who was one of Mr. Duterte’s sharpest critics.

Edgar Matobato, another confessed DDS assassin, had also testified in the Senate that the President wanted Pala dead for attacking Mr. Duterte on his radio program.

Expecting to be persecuted by the Duterte administration, Lascañas flew out of the country two months ago.

In pursuing the case against Lascañas, the Davao City Prosecutor’s Office used the retired policeman’s extrajudicial confession during the hearing of the Senate committee on public order headed by Sen. Panfilo Lacson.

However, Tan and Buenaventura were not indicted for Pala’s killing.

Lascañas has not yet returned to the Philippines, according to the Bureau of Immigration (BI).

BI spokesperson Antonette Mangrobang said they had no records of Lascañas reentering the country since his departure in April.

“He is still out of the country based on our travel records. His last departure was April 8, no record of arrival yet,” Mangrobang said.

Lascañas left the Philippines with his family via the Clark International Airport on board Tiger Airways flight 2703 bound for Singapore.

He initially presented to immigration officers a return ticket indicating that he was supposed to come back on April 22, but this did not materialize.

The BI explained that their records could only indicate the port of disembarkation, and that they could not ascertain if Singapore was indeed his final destination. —WITH A REPORT FROM JULIE M. AURELIO