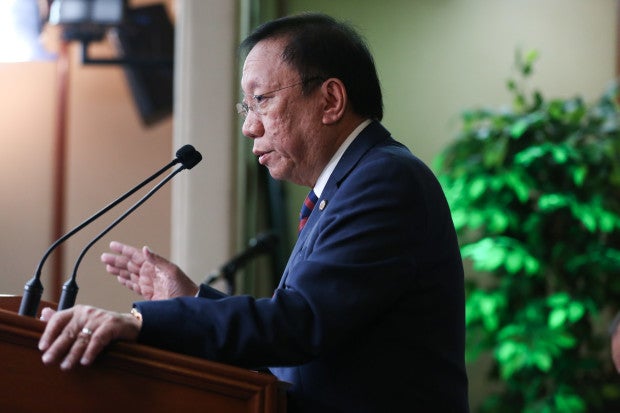 Solicitor General Jose Calida has asked the Supreme Court to dismiss the three petitions seeking the declaration of martial as unconstitutional.

Calida said they have filed a motion to dismiss the consolidated petitions, citing the defects of each and every petition.

“Just like the (Leila) De Lima petition, there were deficiencies and defects in the verification as well as in the certification of non forum shopping,” Calida said in an ambush interview on Tuesday after the first day of the three day oral argument.

In the case of the petition filed by the minority bloc from Congress-led by Albay Rep. Edcel Lagman, Calida said the petition was dated June 2016.

“We are now in 2017,” Calida said, adding that the professional tax receipt of the lawyer who notarized the petition is outdated – also 2016.

In the Mohammad petition, Calida said one of the lawyers failed to indicate his MCLE compliance “and therefore he cannot represent as a lawyer.”

In the Cullamat petition, Calida said there are four petitioners but only one signed the certification and verification of non-forum shopping which is against the rules.

“The petition can be dismissed. The name appearing in the petition is [apellana ubahujos] but another name was indicated in the verification and certification of non-forum shopping.

“From procedural requirements they have failed, therefore we have asked the court to dismiss the petition,” said Calida.