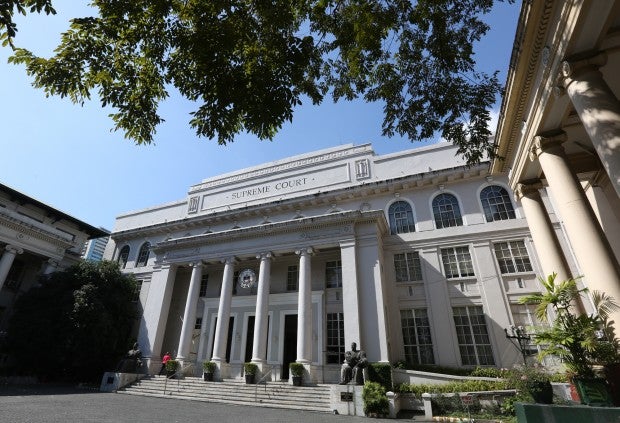 Where will we get the information to dispute what the President know when he declared martial law in Mindanao?

A Supreme Court Associate Justice asked this on Tuesday on the first day of the debate on whether to nullify the martial law proclamation or not.

Associate Justice Lucas Bersamin said President Duterte has the advantage of receiving intelligence information from various agencies that could be the basis of his decision.

“The President who has been given discretion by the Constitution to declare martial law has the advantage of knowing more than we do because of all the intelligence information from agencies that operate under his control,” Justice Bersamin said.

“Where will we get the information to dispute what the President has done now that you insist he was wrong? We do not know anything more so what can you expect us to do? If you want us to review, give us the pieces of information that are not under the ambiance of judicial notice,” Bersamin added.

Atty. Ephraim Cortez said the President should be compelled to disclose the factual basis for declaring martial law but Bersamin said “I cannot compel the President, you know that very well.”

Senior Associate Justice Antonio Carpio made a suggestion on where to get the needed information to review the basis of martial law declaration.

“Third paragraph of Section 18 [of the Constitution] what does it say? The Supreme Court may review when you say review, you are reviewing something and the review means sufficiency of the factual basis,” Justice Carpio said.

“That document is the report of the President supplemented by the comment of the Solicitor General,” Justice Carpio said adding that the comment by the government lawyer contained the fact supporting the martial law declaration.

“It’s all there. Do we have to go outside of that? The Solicitor General submits the comment, he made sure that it is sufficient so we can rely on that,” Justice Carpio said./ac