De Lima rails against Duterte on eve of Independence Day 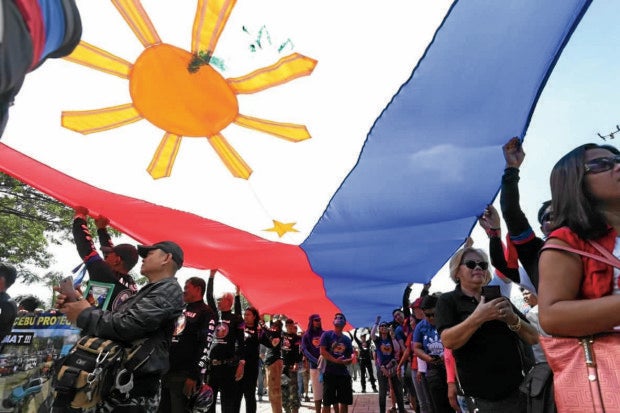 Senator Leila De Lima on Sunday lashed out anew at President Rodrigo Duterte, urging the Chief Executive to free the country from injustice and violence  as the country is set to commemorate Independence Day on June 12.

(It has been 119 years since we regained our freedom from foreign colonizers who were abusive in their administration. Coinciding with this commemoration and expression of gratitude for our freedoms we enjoy today, we laud the country’s new breed of heroes, including the Filipinos whose names may not have been recorded in the pages of history, but who fought and defended the mother country.)

De Lima said the country since it gained its independence from foreign colonizers is faced with a new challenge – many Filipinos still long for independence from hunger, poverty, injustice and social inequity.

De Lima thus called on the President to free the country from his policies espousing violence. De Lima has been a vocal critic of the administration’s bloody war on drugs that has claimed thousands of lives of alleged drug pushers and users.

(This is why we call on the Duterte regime to stop its twisted system of administration. The country cannot be saved by killing our poor citizens. Justice and peace cannot be attained through violence and suppression of democracy.)

(Our citizens need to see concrete programs and projects by the government to address unemployment, low wage, and the uncertainty of livelihood.)

De Lima is detained at the Philippine National Police Custodial Center as she faces charges of drug trade and sale at the New Bilibid Prison when she was justice secretary allegedly to raise campaign funds. She has denied the charges, calling it political persecution for being a vocal critic of the President./ac