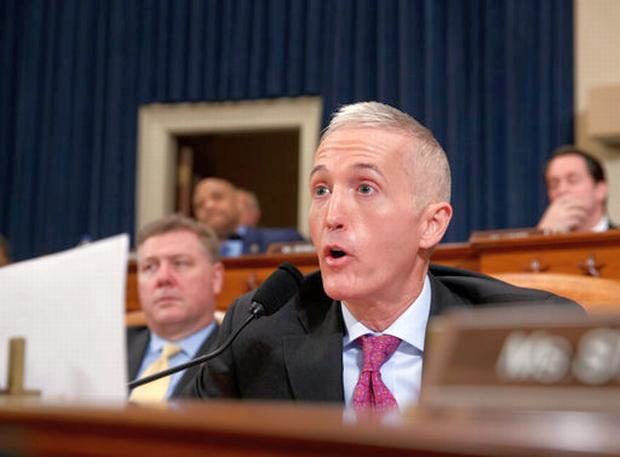 WASHINGTON — Rep. Trey Gowdy is known as a dogged investigator of Hillary Clinton. Now Democrats wonder whether the South Carolina Republican will pursue President Donald Trump with the same vigor he used in going after the Democratic presidential candidate.

Later this month, Gowdy, 52, is set to become chairman of the powerful House Oversight and Government Reform Committee, where he will lead official scrutiny of the Trump administration, including a budding investigation into possible ties between Russia and Trump’s campaign.

Gowdy led a two-year investigation into the deadly 2012 attacks in Benghazi, Libya, focusing heavily on Clinton’s role as secretary of state.

House Speaker Paul Ryan and other Republicans say the four-term lawmaker and former federal prosecutor is the right man for the job. Democrats are not convinced.

“When push gets to shove, I think Trey’s a reliable partisan and that’s why Ryan picked him,” said Rep. Gerald Connolly (Democrat-Virginia).

In 2014, House Speaker John Boehner selected Gowdy “as a very junior member to head up the Benghazi panel to go after Hillary Clinton. That was not an accident,” Connolly said. “Having done his duty well, Paul Ryan has now tapped him to head oversight, where your job obviously is to protect the man in the White House. So vigorous oversight is not on the agenda.”

The House Republican Steering Committee on Thursday recommended Gowdy for the chairmanship, replacing Utah Rep. Jason Chaffetz, who is leaving Congress on June 30. Gowdy beat out Oklahoma Rep. Steve Russell. The full House Republican conference is expected to confirm the choice next week.

Connolly, a member of the oversight panel, stressed that he likes Gowdy personally and praised his skills as a former prosecutor and lawmaker. But he said Gowdy knows his role in the GOP leadership.

“I don’t think Paul Ryan is worried about that streak of independence showing itself any time soon — and certainly not in the context of Donald Trump and the Russia thing,” he said.

Ryan, in a statement, said Gowdy “possesses the experience and deep commitment to transparency and accountability” needed as oversight chairman. “He has proven that he will always look out for taxpayers and seek answers from the bureaucracy. Trey has my absolute confidence, and I know he will do an outstanding job,” Ryan said.

Gowdy led the Benghazi inquiry from May 2014 through last July. The committee’s 800-page report accused the Obama administration of lethal mistakes, but it produced no “smoking gun” pointing to wrongdoing by Clinton, even as Gowdy threatened to seek a federal investigation into whether she lied to the committee under oath in 2015.

Gowdy, in a statement, said he was “grateful” for “this opportunity to serve.” The statement focused on the committee’s institutional responsibilities and made no mention of specific lines of inquiry.

Chaffetz, who is stepping down to pursue a private-sector career, said his close friend is the right person to replace him and has a history of demanding accountability.

Sen. Tim Scott (Republican-South Carolina), another close friend, said “no one works harder and is more committed to the truth and the rule of law than Trey.”

Rep. Mark Sanford, another South Carolina Republican who briefly considered running for the oversight post, said Gowdy has “a steady prosecutorial mind” and a keen understanding of issues facing the committee.

Sanford, a Trump critic, said some constituents have expressed concerns about the partisan focus of the Benghazi investigation. “I try to convince them my experience with Trey has been most even-handed, and it’s my hope and expectation that he has the same approach to the committee at large,” he said.

Rep. Elijah Cummings of Maryland, the senior Democrat on Oversight, served with Gowdy on the Benghazi panel, where Cummings also was the top Democrat. While the men initially pledged to work together, their relationship descended into partisan bickering by the time the investigation ended last summer.

Still, Cummings congratulated Gowdy in a statement and promised to “support his efforts whenever we can.”

Gowdy takes over the oversight panel just as it is poised to investigate Trump’s firing of James Comey as FBI director amid the FBI’s probe into Russian meddling in the 2016 presidential election and possible connections between Russia and the Trump campaign.

Gowdy is already familiar with the questions over Trump’s Russia ties due to his seat on the House Permanent Select Committee on Intelligence, which has conducted a probe of its own since allegations of Russian efforts to influence the presidential election surfaced late last year.