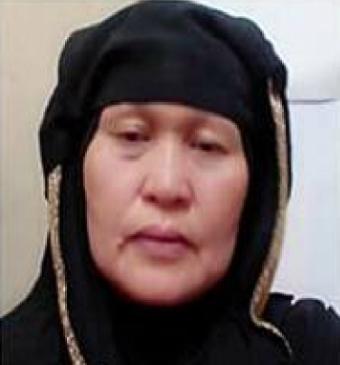 MARAWI CITY – Omenta Romato Maute, the mother of brothers Omar and Abdullah who lead the Maute terrorist group, was arrested on Friday, according to Chief Supt. Reuben Theodore Sindace, chief of the Autonomous Region in Muslim Mindanao Police Regional Office.

The mother, also known as Farhana, was arrested, along with seven other women, in Masiu, Lanao Del Sur, Sindac said.

Before their arrest, Farhana and the other women had been hiding in Barangay Dayawan in Masiu where they had bought firearms and a gray Toyota Revo, which they intended to use in their escape from Lanao del Sur.

Authorities nabbed them in Barangay Kormatan, also in Masiu.

Besides the firearms, authorities also seized some improvised explosive devices from the group.

A day before, Cayamora Maute, father of the Maute brothers, was arrested in Davao City. He was transferred to Taguig, where he is now detained at Camp Bagong Diwa. /atm