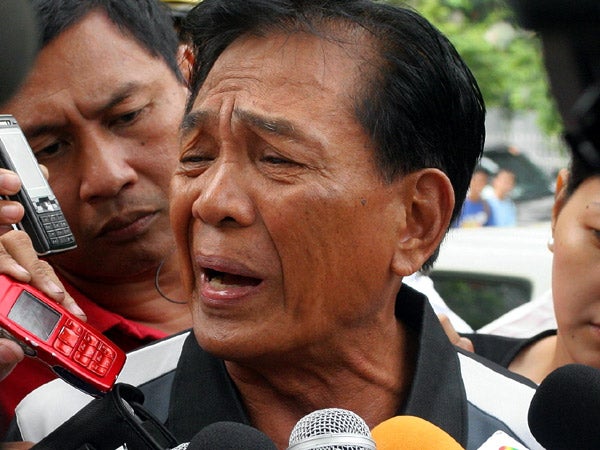 In his second motion for reconsideration, Abalos centered on the alleged harassment by Ombudsman prosecutors for “resurrecting” an old complaint during the previous administration, which was “notorious for prosecuting its political enemies.”

Abalos filed a second motion for reconsideration after the anti-graft court’s Sixth Division junked his appeal on the court’s resolution denying his bid to quash his graft charges over the allegedly anomalous 2003 purchase of two service vehicles without public bidding.

The anti-graft court said Abalos snubbed the 2013 order to submit a counter-affidavit, and that he only refuted the allegations after the second order came out a year later or in 2014.

The court said the length of time from the filing of the complaint until the resolution finding probable cause, and the denial of Abalos’ appeal “appears to be reasonable and acceptable.”

In his second appeal, Abalos maintained that the Ombudsman “has never offered any reasonable explanation as to why it took more than 8 years to resolve [the] case.”

Abalos said the Ombudsman could not pass on the blame to him, citing Supreme Court jurisprudence that a “defendant has no duty to bring himself to trial.”

He said from the fact-finding investigation in 2008 up to the issuance of a second order in 2014, until the filing of the graft information in 2016, “there was no additional documentary evidence or testimonial evidence,” and that the complaint “looked the same.”

“In the six years it took for the Ombudsman to send the 2nd Order, there was no additional documentary or testimonial evidence, no additional issues raised,” his appeal stated.

Abalos said this means the Ombudsman no longer went through voluminous documents or interview numerous individuals to warrant the “extraordinarily long length of time to conclude its investigation.”

In sum, Abalos said the Ombudsman merely “resurrected” the 2008 complaint against him, during the administration of former president Benigno Aquino III whom he claimed targeted political enemies.

“Either by the Ombudsman’s sheer negligence, or maybe due to an administration that became notorious for prosecuting its political enemies, Abalos is now being hounded by a ‘resurrected’ 2008 complaint,” his appeal stated.

Abalos as then Comelec chairman figured in the “Hello Garci” scandal, where he was mentioned in the alleged wiretapped conversation between former President Gloria Arroyo and Comelec commissioner Virgilio Garcillano on rigging the 2004 presidential elections.

Abalos has since been cleared of all his electoral sabotage cases this time in connection with allegedly favoring administration candidates during the 2007 midterm elections.