Winning the peace: Beyond antiterrorism 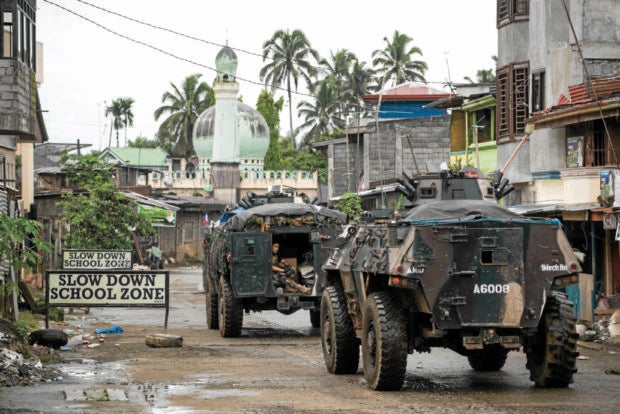 (Editor’s Note: The writer served as chair of the government panel in peace talks with the Moro Islamic Liberation Front during the Aquino administration. She is also a political science professor at the University of the Philippines.)

“Some say that the next administration and Congress will have more time,” we said in our letter. “Our fear is that it would have lost precious time too — precious time that would have closed the door to extreme, violent movements that recruit followers by exploiting the alienation of segments of the population from the government and society at large.”

When we wrote that letter, 120 people had just been killed in the Paris shootings that began at a concert hall, a hotel in Mali’s capital city of Bamako had just been attacked, and two suicide bombers had just struck in a Beirut suburb.

The letter was titled, “Let us not lose time.” We cited then National Security Adviser Cesar P. Garcia’s statements when he spoke at the House of Representatives committee hearing the draft law.

Legislating the proposed BBL, Garcia said then, would help in curbing the spread of extremism in Mindanao. The Bangsamoro government that would be created through the BBL would enable moderate Islamic leaders to counter the extremism, and steer the Muslim community away from the influence of the Islamic State (IS) group.

Garcia added that completing the agreement would settle the more serious internal armed conflict in the country and free up the Armed Forces of the Philippines, enabling the AFP to shift its resources to other urgent concerns, notably the threats to our external territorial integrity and maritime domain.

By then, China had fortified its presence on the Spratly Islands, prompting the Aquino administration to file a case in the international arbitral tribunal in The Hague.

But as we know, Congress failed to pass the law, and the opportune moment was lost.

At that time, we knew other efforts were needed to address the alarming developments worldwide.

The government peace panel and our secretariat thus began work on Moro detainees at the Bicutan maximum security compound. Our staff, among them Tausug speakers, discussed the Bangsamoro peace process with them, with the aim to inform, but also to convince and give hope.

Most of the detainees were alleged members of the jihadist groups. They were joined by those arrested in the two deadly events of 2013: the attacks in Lahad Datu, Sabah, in February led by Esmail Kiram, an heir of the Sulu sultanate, and the Zamboanga siege in September. The detainees have been there for years, their court cases hardly moving.

In Bicutan, we found that most of detainees have had no contact with their relatives for years. We secured a donation for a computer that would facilitate communication, an arrangement that the warden welcomed as it fell in line with the Bureau of Jail Management’s e-visit program.

Plans were set afoot for the Technical Education and Skills Development Authority (Tesda) and the Department of Education to provide skills training and alternative classroom programs to the Bicutan detainees.

Given the security considerations, the training/education opportunity may be passed on to a family member to help alleviate their social situation. Poverty and pent-up anger over the fate of a faraway kin had driven many of the detainees’ kin to extremism.

These measures were hardly novel. Indonesia, Malaysia and Singapore have similar programs that sought to stop the spiral of hate of detainees and restore their trust and confidence in the government and society.

In the Philippines, it is the Anti-Terrorism Council that is primarily tasked to come up with a comprehensive antiterrorism plan in accordance with the 2007 Human Security Act. But after several administrations, the council has yet to produce and implement such a plan.

The burden of countering terrorism has fallen on the shoulders of the AFP and the Philippine National Police. The national security adviser consolidates all intelligence reports and provides the President with policy guidance.

To their credit, hundreds of notorious personalities including foreign jihadists have been neutralized in the last 20 years. Several attempted bombings have been foiled. Other aspiring groups have been nipped in the bud. Almost all of the founding fathers and second-liners of Mindanao’s Islamist groups have gone to the afterlife.

These battle successes were achieved without need for a state of emergency nor a declaration of martial law—and despite the operational lapses of the AFP and PNP, which were paid for by the lives of their men.

The tragedy that has befallen Marawi City begs the question: How come, despite AFP-PNP successes and the asymmetrical nature of this type of armed conflict in Mindanao, the problem has persisted? Emptied of its 200,000 residents and large swathes of infrastructure in rubble, why has Marawi crumbled before our eyes?

Evidently, the problem cannot be solved by standard antiterrorism measures alone. Kill this batch of terrorists, another batch would step in—third-liners such as the Maute brothers and Abu Sayyaf Group’s Isnilon Hapilon who picked up the pieces.

A host of other nonmilitary interventions responsive to the social, political, historical context of the rise of radical Islamist movements in the country would be needed.

In this vein, David Campbell, British independent reviewer of antiterrorism legislation, noted in a Time magazine interview after the May 22 suicide bombing in Manchester that “the best way to fight terrorism successfully is not by overreaction but by bearing down hard on dangerous criminals without alienating the communities.”

Martial law reifies the ugly side of the state exercised through its gun-toting uniformed personnel. It will only beget more problems—human rights violations, deep-seated perceptions of injustice, destruction, absence of the rule of law.

Wasn’t it said before that the martial law imposed by dictator Ferdinand Marcos was the best recruiter of rebels?

The people who best realize this are none other than the military generals themselves. They, too, are exasperated with the lack of a cohesive and comprehensive action plan that mobilizes the rest of the state agencies. Not just for relief and rehabilitation, but for preventive action. Not under their command, but under civilian hands (local and national) to whom the mandate to govern, and the duty to govern well, belongs in the first place.

Two weeks since martial law was declared on May 23, President Duterte stayed on the same militaristic track. He invited the communist New People’s Army to assist in the fighting. He welcomed Nur Misuari’s offer of 2,000 men from the Moro National Liberation Front to help out in the assault against the jihadists.

All these off-the-cuff pronouncements were made without considering the difficulties in operational control it would create for the AFP and overall long-term impact.

By now, saving the people held hostage or trapped in the fighting in Marawi as well as preventing the further destruction of the city should be paramount.

Marawi is home to many — including students from other parts of Mindanao. Its destruction has caused a deep pain that could again find expression in violent forms and serious misunderstandings between the AFP, the face of the government on the ground in these areas and the local citizens.

Gradually, the civilian arms of government, with the help of homegrown civil society organizations, networked and assisted by national and international partners, should take over the work of rebuilding. This necessarily includes putting back the Bangsamoro road map in place as one plank of a larger peace-building program for Mindanao.