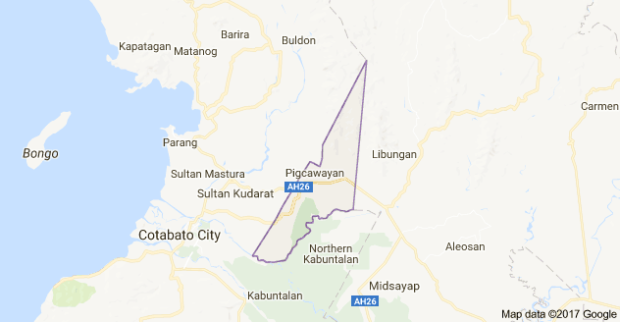 COTABATO CITY – Police have arrested a town mayor’s son, a brother of a barangay chairman and two others during an anti-drug operation in Pigcawayan, North Cotabato.

Sebastian said they caught the suspects in a shabu session inside Canja’s home.

Sebastian said the young Roquero tried, but failed to escape as the house was surrounded by government forces. A.45-pistol was taken from him.

The courts have three search warrants on Canja for violation of Republic Act 9165, the Comprehensive Dangerous Drugs Act, and illegal possession of firerarms.

Read Next
Petitions for joint congressional session may be consolidated—SC spox
EDITORS' PICK
High inflation: Your P1 is now worth only 87 centavos
UK’s Boris Johnson will resign, BBC reports
Geek out at TOYCON 2022 powered by Smart Signature
House energy committee chair Arroyo bats for cheap electricity
High-risk pregnancy: Reducing your risk is in your hands
Unemployment rate up to 6% in May
MOST READ
Suspect in grisly killing of missing woman in Bulacan arrested
Hong Kong suspends flight bans as it eases COVID-19 rules
Bongbong Marcos’ first order: Abolish PACC, Office of Cabinet Secretary
Kim Atienza’s daughter flaunts bikini body in response to critics of her ‘revealing photos’
Don't miss out on the latest news and information.