Obama and Trudeau rekindle bromance over dinner in PM’s hometown 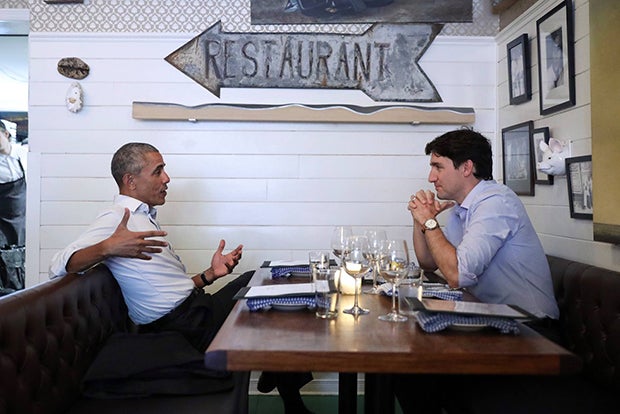 The former U.S. head of state sold out tickets when he was invited to give a speech in Montreal by the town’s Chamber of Commerce.

He then stopped by for dinner with Trudeau, where the two discussed developing youth leadership around the world.

Trudeau, 45, and Obama, 55 are both noted for being relatively young in office and holding progressive views in their countries. Obama was 47 when he began what would be two terms in office. Trudeau was 43 when he assumed office in November 2015. Both have been known to mutually respect and praise one another.

The leaders have also had their share of criticism, but their charisma, good looks and clean public image have won them popularity with citizens at home and abroad.

Netizens from around the world felt nostalgic for the time when both were leaders of their respective countries: 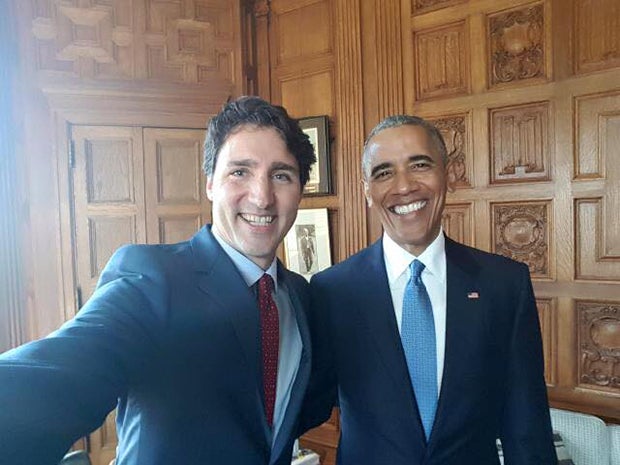 An idea also sprung for another dinner guest who has caught worldwide popularity:

The only thing that could make this cooler is if @EmmanuelMacron walked out of kitchen carrying 3 beers!

Last May, the Internet swooned over Trudeau and 39-year-old French President Emmanuel Macron meeting for the first time.

Others wondered what was on the menu, and couldn’t help drop some memes:

Obama: “What do you recommend?”

Trudeau: “I hear the covfefe is pretty good” pic.twitter.com/aGUgmZdBns

For those wondering, restaurant owner David McMillan shared to CBC News that the menu was oysters, shrimp, halibut, steak, spaghetti lobster and strawberry shortcake. However, there was less cream and butter given since both leaders are fitness buffs.

Of course, it wasn’t a state leaders dinner without all the security detail:

According to McMillan, there were 200 men and women on security detail outside the local restaurant. Two security guards remained in the kitchen.

He was also briefly able to speak to the two, and told Obama, “I look forward to your wife being the next president of the United States,” to which both leaders were said to have laughed. Niña V. Guno/JB/rga