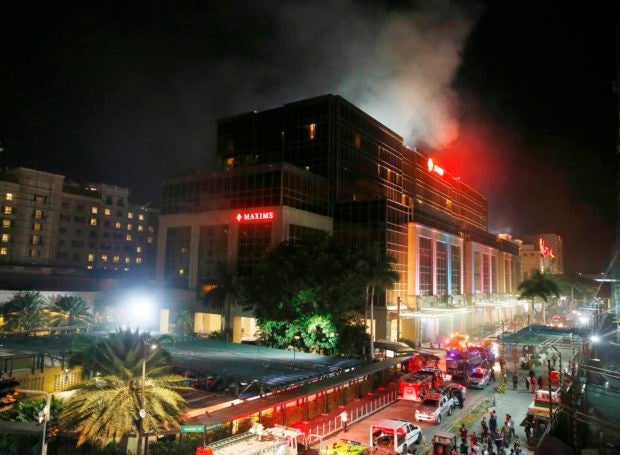 Justice Secretary Vitaliano Aguirre II has reversed the Department of Justice (DOJ) 2014 legal opinion, a move that will now bar the Philippine Economic Zone Authority (PEZA) from exercising power and authority to implement fire-related laws within the country’s economic zones.

In a four-page legal opinion, Justice Secretary Vitaliano Aguirre II reversed and set aside  DOJ Opinion No. 14 issued by now Senator Leila de Lima in 2014 giving PEZA the authority to administer and enforce the Fire Code of the Philippines within its boundaries.

De Lima’s opinion noted that under Republic Act 7916 or the Special Economic Zone Act particularly Section 5, PEZA has the authority to enforce the provisions of the Fire Code of the Philippines.

Her legal opinion is being blamed for the death of 38 people at the Resorts World.

Aguirre said De Lima’s legal opinion was to blame for the deaths as it prevented the BFP from taking the role of implementing the country’s fire laws in the hotel-casino complex.

In reversing De Lima’s legal opinion, Aguirre said the Fire Code is clear when it stated that the BFP is mandated to “enforce the Fire Code of the Philippines and other fire-related laws.”

Aguirre said Section 5 of RA 7916 only allows PEZA to maintain a firefighting force to ensure the safety of the Ecozone boundaries.

The provision of RA 7916 “shows that it refers only to the establishment of Ecozones’ internal security and firefighting forces. Nowhere in the said section does it mention, much less confer, any power or authority to PEZA to enforce the Fire Code of the Philippines within the boundaries of the Ecozones,” said Aguirre.

“Evidently, the reliance of said opinion on the provisions is misplaced. Consequently, DOJ Opinion No. 14 s. 2014 is hereby reversed and set aside,” the legal opinion stated.