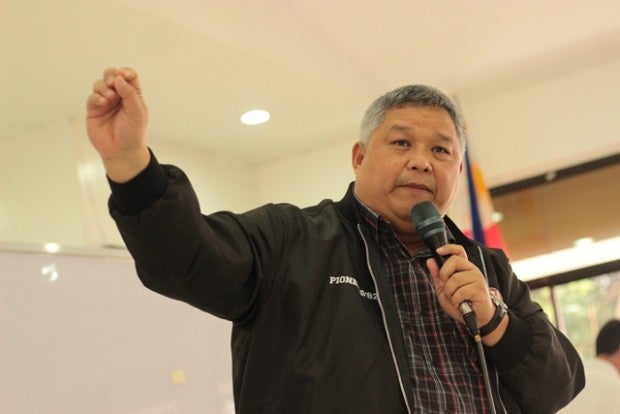 Both Trillanes and Alejano are known to be critical of the Duterte administration, while Llamas was once the political adviser of former president Benigno Aquino III.

But Adiong said the supposed meeting did not happen, although he said that Aquino was in Marawi last May 19 but for an official purpose.

“I categorically deny that such a meeting ever took place,” the vice governor said.

Senator Aquino visited Marawi as guest of honor in the launching of the Lanao del Sur Negosyo Center, as he was the author of the Go Negosyo Law.

Shortly after the news circulated, Adiong said Aguirre got in touch with him saying the media “misquoted” him.

“At 1:02 p.m. today (June 7), Secretary Aguirre called me up and said his statements were misquoted by the press,” he said.

Adiong assured the public that “the Alontos and the Lucmans and the entire provincial government of Lanao del Sur, the city government of Marawi City, and the Autonomous Region in Muslim Mindanao will double our efforts in our coordination with the national government and our security sector to ease the tension and to bring normalcy back in our area.”

At 4:37 p.m. the INQUIRER.net posted a story quoting Aguirre as saying that he has launched an investigation into information that he received from an “asset” that the Marawi conflict has been part of an
ongoing destabilization against the Duterte Administration.  Aguirre was also quoted as remarking on the “coincidence” between the meetings of LP personalities in Marawi in April and early May and the eruption of the Marawi conflict on May 23.

“Senator Bam Aquino went to Marawi on April 24, and April 28, and they stayed, they had a meeting at Lake View Resort Hotel on May 2. Present were Senator Aquino, Ronald Llamas,(Magdalo Rep. Gary) Alejano, (Senator Antonio) Trillanes IV and some clans doon sa Marawi (there in Marawi). So, hindi ko malaman why after they went there, nagkagulo na after about two weeks (So, I wonder why after they went there, the crisis erupted two weeks after),” Aguirre told reporters at a press conference on Wednesday.