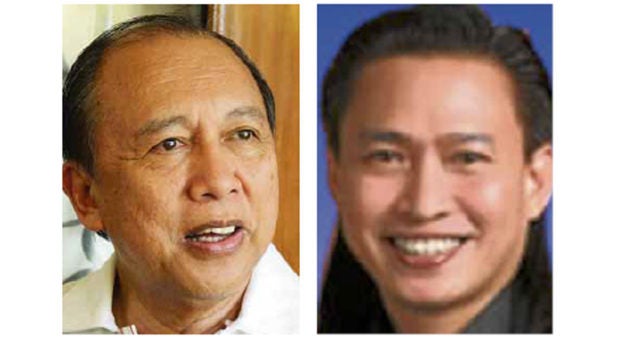 MANILA — The question of who’s the real minority and who’s the legitimate opposition has opened old wounds in the House of Representatives.

Upset over the labeling of the group of independent lawmakers as the “minority bloc,” Minority Leader Danilo Suarez issued on Tuesday an advisory clarifying the identities and roles of the official minority group and the independents.

“Recent news and coverage have erroneously attributed statements from the group of independents, led by Albay Rep. Edcel Lagman et al as the position of the Minority Bloc of the House of Representatives,” Suarez complained.

“Let us be clear that, as per the Rules of the House of Representatives, the Minority Bloc is composed of 18 members led by the undersigned,” he said.

The issue stemmed from the filing by the group of seven opposition lawmakers led by Lagman and Ifugao Rep. Teddy Baguilat of a petition in the Supreme Court seeking the nullification of the state of martial law imposed on Mindanao following the bloodshed in Marawi City.

To Suarez’ dismay, the seven lawmakers were identified in some news reports (not in the INQUIRER) as the minority bloc.

He said media reports should make it clear that Lagman’s group was not the real minority in the House under the rules.

“We emphasize the distinction between the Majority Bloc, the Minority Bloc, and the Independents as these designations have clear definition and specific roles in the lower house,” he said.

Suarez’s complaint to the media called attention to the curious dynamic between the majority, the minority and the Magnificent 7 “opposition” in the 292-seat chamber.

The minority typically plays the role of the opposition in the House.

However, Suarez’s group, whose members include Representatives Lito Atienza of Buhay, Harry Roque of Kabayan, and Alfredo Garbin Jr. of Ako Bicol, rarely challenges administration policies except on a few
occasions.

Suarez has co-authored administration bills, prompting the independents to refer to his group as the “cooperative minority” or the “majority’s minority.”

In contrast, the Magnificent Seven group has been consistently critical of Mr. Duterte and has opposed his policies and decisions. For instance, one of its members, Alejano, made an unsuccessful bid to impeach the President in March.

The rancor between the two factions began when the 17th Congress opened in July 2016.

To the surprise of many, Baguilat had placed second to Davao del Norte Rep. Pantaleon Alvarez when votes were cast for the Speaker of the House on June 25, while Suarez placed third.

Per tradition, the second-placer should automatically have become the head of the minority.

But with the imprimatur of the House leadership, those who voted for Suarez and those who abstained met separately to install him as the new Minority Leader.

The Baguilat group, initially composed of eight members, did not join and opted to form their own group. They called themselves the “Legitimate Eight.”

Later on, 1-Sagip Rep. Rodante Marcoleta left the group to join the supermajority, and thus the group became the Magnificent Seven.  SFM/rga