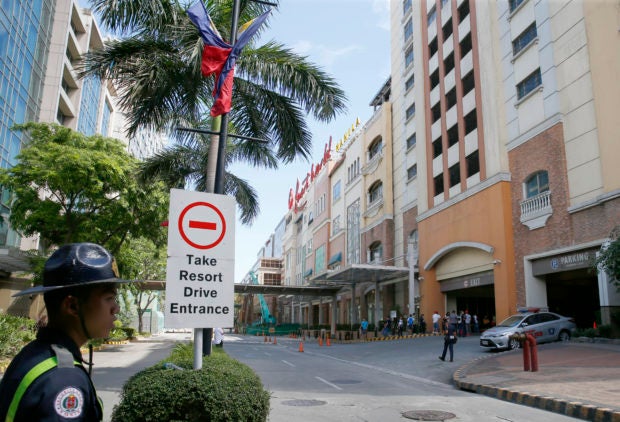 The Travellers International Hotel Group Inc., which operates Resorts World Manila, has suspended gaming and some hotel operations until after the probe of the deadly incident at its gaming complex last Friday.

“We are currently focused on ensuring that the victims, both injured individuals and the families of the deceased, are being assisted and well taken care of,” the company said in a statement on Monday.

“Our company’s position is to voluntarily suspend operations in affected facilities [especially gaming areas] until all investigations are concluded by the [Philippine National Police] and [Bureau of Fire Protection] and safety is certified by appropriate authorities,” the company added.

The second floor of Resorts World Manila’s gaming area has been badly damaged after the fires started by debt-strapped gambler Jessie Javier Carlos.

Smoke from the fires killed 37 people—13 employees and 22 guests.

“We also commend the Philippine National Police and the Bureau of Fire Protection for their courage and efforts to contain the incident,” Resorts World Manila said.

Resorts World Manila also reiterated that there was only one gunman, who has been properly identified, involved in the attack.