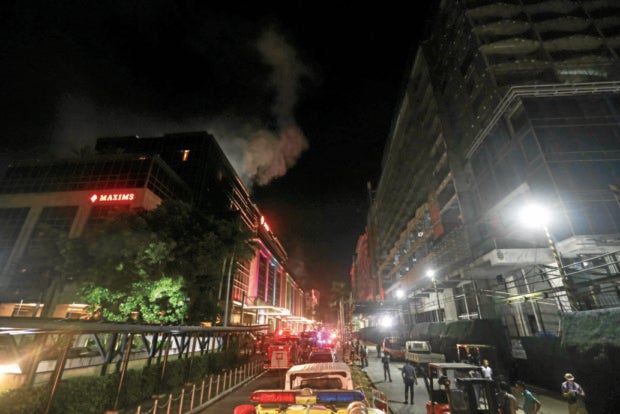 In 2014, then Justice Secretary De Lima issued a legal opinion enjoining the Bureau of Fire Protection (BFP) from implementing the country’s fire laws on Resorts World Manila and other casinos. She instead gave such jurisdiction to the Philippine Economic Zone Authority (PEZA).

Aguirre clarified that he was not blaming De Lima for the incident where more than 30 died of suffocation after the gunman burned gaming tables and carpets before burning himself to death inside one of the hotel’s rooms.

“I did not say that she is liable. What I want is to investigate the effect of her legal opinion,” Aguirre said, pointing out that the PEZA has no expertise to determine compliance of the country’s fire laws.

“Because of the said opinion, it is PEZA, a government agency without competence and experience in fire protection, who was given the authority to implement the Fire Code and its implementing rules and regulations [including] PEZA registered companies like the casinos. Such authority could not even be found in the enabling law, RA 7916,” he noted.

“Is De Lima liable? No, unless, it will be shown by evidence that there was illegal consideration in the issuance of the legal opinion,” Aguirre added.

Meanwhile, Aguirre also ordered the NBI to conduct a DNA examination of the lone gunman responsible for the attack on the Resorts World Manila in Pasay City.

According to Aguirre the test seeks to erase the doubts on the identity of Jessie Carlos, Filipino, 42, separated, and a former employee of the Department of Finance (DOF).

”I ordered the NBI to conduct DNA examination on the remains of the gunman to erase doubts on the identity established by the PNP through the family,” Aguirre said.

Carlos’ identity was confirmed by the National Capital Region Police Office (NCRPO) chief Director Oscar Albayalde after his family reached out to the Philippine National Police (PNP) and confirmed that he was the man shown in the footage caught by security cameras of the incident last June 2.

According to his immediate family, his being hooked on casino gambling made him heavily indebted./ac

Read Next
Petition against martial law bound for the waste basket, says Aguirre
EDITORS' PICK
EDITORIAL: To a bike-friendly future
The Best Tech Gifts For The 2022 Holidays
Is it safe to talk politics again at family gatherings? ‘The Reconciliation Dinner’ shows us what that’s like
House energy committee chair Arroyo bats for cheap electricity
vivo’s coming to town to grant wishes with more holiday promos
Pagasa: Warm, sunny Sunday in most parts of PH
MOST READ
LOOK: Vhong Navarro transferred to BJMP detention facility in Taguig
The Elephant Man in the Senate
Posh village as ‘shabu’ haven
LOOK: Zanjoe Marudo bonds with Ria Atayde, her family
Don't miss out on the latest news and information.