Kin of cop slain by Maute in Marawi appeal for justice 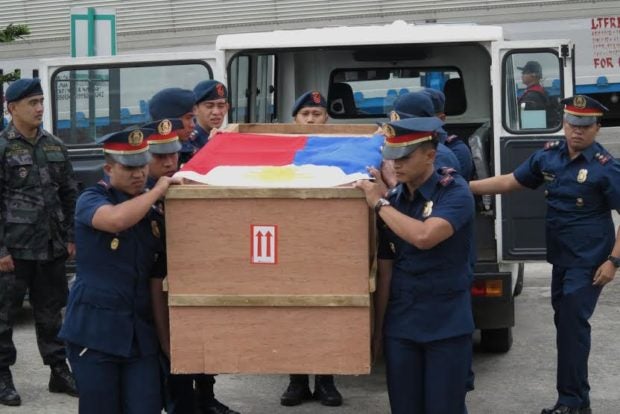 Baguio City policemen unload the wooden crate bearing the casket of Senior Insp. Freddie Solar on May 31, 2017, for a wake in Baguio City where some of his closest relatives live. Solar was killed by Maute gunmen on May 23, 2017 in Marawi City. On Sunday June 4) he will be flown back to Surigao
City where he will be buried. (PHOTO by EV ESPIRITU / INQUIRER NORTHERN LUZON)

BAGUIO CITY — The body of Senior Insp. Freddie Solar has returned home, a week after he was shot dead by members of the Maute Group when they laid siege on Marawi City on May 23.

Solar’s casket, sealed in a box, was flown to the Ninoy Aquino International Airport and was immediately driven to the city. It arrived here at 3:48 p.m. with wife, Manilyn, and their two children on Wednesday, May 31, 2017.

Baguio policemen unloaded the crate, draped it with the Philippine flag, before carrying it into the St. Peter’s Chapels, where it will stay until June 4. Solar will be buried in Surigao City on June 6.

“We want justice for Solar. President Duterte should look into the people [who killed Solar] or else more policemen and soldiers would lose their lives. We don’t know what the Maute is or what the Abu Sayyaf is all about. We are simple people,” said Sungar.

Maria Luz Galia, Solar’s former high school teacher, described the slain policeman as a quiet but bright boy. “He was very subdued, a very simple boy… He was very small and very frail which was why I was surprised he joined the police force,” she said.  SFM/rga 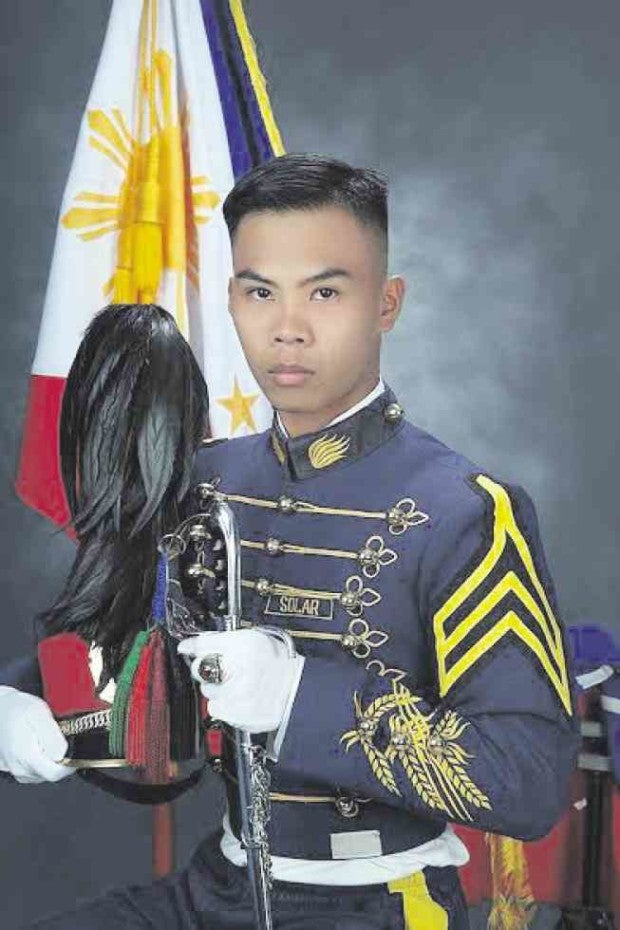 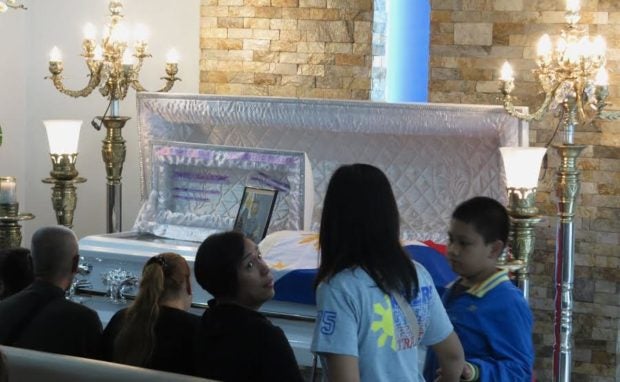 Family and relatives of Senior Insp. Freddie Solar gather for his funeral wake in Baguio City. Solar was killed by Maute gunmen in Marawi City on May 23, 2017. His family is appealing for justice. He will be flown back to Surigao City for burial on June 6. (PHOTO BY EV ESPIRITU / INQUIRER NORTHERN LUZON)