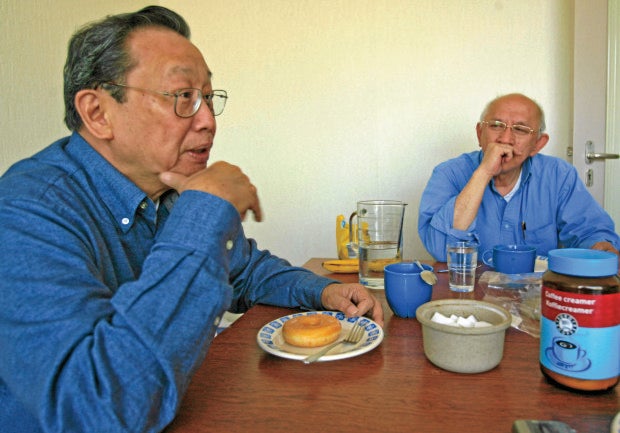 THE HAGUE, Netherlands – The communist movement is open to the prospect of enforcing unilateral ceasefire declarations while the government is busy fighting the Islamic State-inspired terrorists.

Fidel Agcaoili, chair of the National Democratic Front of the Philippines, the political arm and peace negotiator of the Communist Party of the Philippines and its armed wing, the New People’s Army,  said that the revolutionary organization acknowledged the challenges of President Duterte with the threat of Islamic State-inspired groups like the Maute and Abu Sayyaf.

The senior communist leader explained that while it would be difficult for them to forge a bilateral ceasefire agreement in the absence of the Comprehensive Agreement on Socio-Economic Reforms, the two parties could settle on reinstating the unilateral ceasefire orders.

“If the government will declare a unilateral ceasefire declaration, which in effect will withdraw the all-out statement of Defense Secretary Lorenzana, then the CPP can consider and respond to it,” Agcaoili said.

The unilateral ceasefire orders will provide an opportunity for the government to focus its forces and resources in preventing terror groups from further inflicting damage to civilians and communities.

President Duterte on Wednesday said that he intended to arrest NDFP consultants upon their return to the country from Netherlands if the NPA would continue stepping up its attacks.

“That’s a very sad and adverse development. It’s entirely different from what was relayed to us by Secretary Jesus Dureza and Silvestre Bello,” Agcaoili said.

Agcaoili said the Philippine government peace panel only withdrew from the fifth round of negotiations and not the entire talks.

“We are receiving mixed signals from the government. The statement of the President would mean that it is not just the fifth round but it seems to imply the termination of the entire talks. We request a
clarification,” Agcaoili said.

Earlier, CPP founding chairman Jose Maria Sison, now the chief political consultant of the CPP-NPA-NDFP, said the CPP only ordered the NPA to step up its attacks against government forces after Defense Secretary Delfin Lorenzana said that the NPA was one of the armed groups targeted by the martial law declaration of President Duterte.  SFM