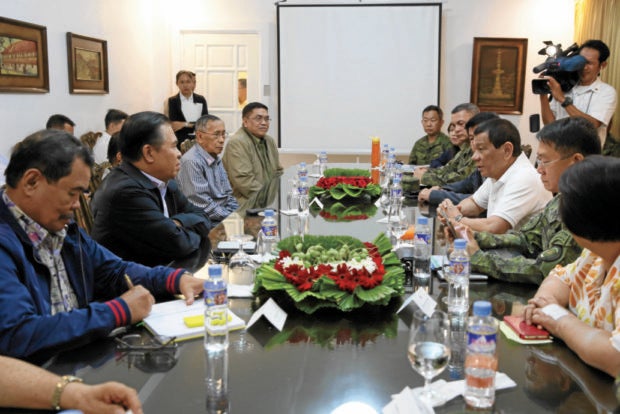 The meeting in Davao City was attended by AFP Chief of Staff Eduardo Año, who was designated by the President as the martial law administrator.