Former “sex guru”-turned-political blogger Mocha Uson, now a presidential assistant communications secretary, has stirred another controversy on social media, this time for using a picture of men in uniform allegedly passed off as Filipinos but who turned out to be Central American policemen.

Uson was called out on social media for a Facebook post on Sunday that called for prayers for Filipino soldiers, but which netizens pointed out accompanied a photo of praying Honduran forces.

“Let’s pray for our army. Panalangin din po natin ang mga pamilyang naiwan at nababahala sa kalagayan ng kanilang asawa at tatay (Let us also pray for the families left behind who are worried about the situation of their husbands and fathers),” read Uson’s post accompanying the photo. 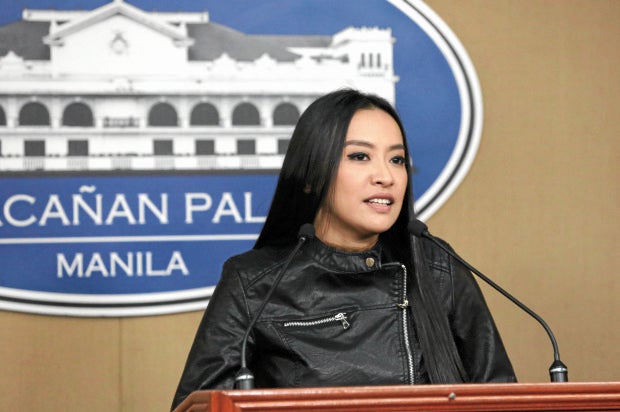 Uson said that if she posted a picture of Jose Rizal and said the fight for freedom should continue, it did not mean that Rizal would literally be the one leading the fight.

Journalists, she said, should use “common sense.”

After being appointed to the Presidential Communications Operations Office earlier this month, Uson said she would fight fake news.

“It’s time for us to stop relying on the wrong reports from some mainstream media and to strengthen social media with the help of true members of the DDS (Die-hard Duterte Supporters). Because we are the media of Tatay Digong,” she said on her Facebook page.

President Duterte described Uson as “bright” and “articulate.” Mr. Duterte said her appointment was payback after she and her Mocha Girls group campaigned for him in the 2016 presidential election for free.

After being called out for two erroneous posts, the Philippine News Agency (PNA) said it regretted the error and assured the public that it had reviewed its procedures to ensure that similar mistakes would not happen again.

In a statement, PNA said it was never its policy to propagate fake news.

“While there have been lapses in our judgment, it has never been the policy of PNA to tolerate erroneous report, and it has certainly never been our intention to sow misinformation, much less share what is termed nowadays as ‘fake news,’” it said.

The agency said it regretted that the mistakes had cast doubt on its integrity. “Rest assured, we have dealt with our erring personnel and that we are reviewing our procedures on reportage as we continue to uphold our commitment to deliver accurate and balanced news reports to the Filipino people and the world.”

One of the errors was the photo posted to accompany a story about the terror attacks in Marawi. The photo of soldiers used turned out to have been taken during the Vietnam War.

PNA said it had taken down the photo upon learning of the mistake, but by then, the story had been shared by its readers.

Another erroneous story was its article, “95 states convinced there are no EJKs in PHL,” which quoted Assistant Secretary Epimaco Densing of the Department of the Interior and Local Government.

Densing earlier denied some of the details reported in the story. PNA said that when it learned of this, it interviewed him to get an accurate report.