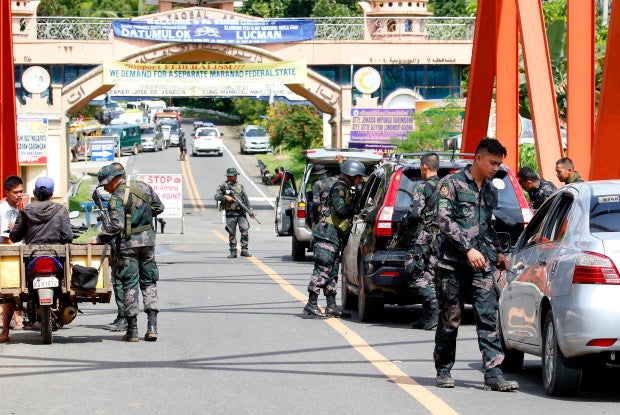 Senator Grace Poe on Monday raised possible legal questions on the declaration of martial law over the whole of Mindanao, saying it could not be imposed in areas where there is no rebellion or invasion.

Nonetheless, Poe said people should support martial law if it was the only way to stop Islamic terrorists that attacked Marawi City.

“So in areas where those things haven’t happened yet, constitutionally there may be a question with regards to the legality of that,” she said.

But if the martial law declaration was the only way to stop the Maute group fighting government troops in Marawi City, then Poe said: “I think that we should be able to support it.”

Congress has yet to decide whether or not to convene a joint session to deliberate on President Rodrigo Duterte’s martial law declaration.

And while Congress might not have a say on what areas should be covered by martial law, Poe said they could always appeal to the “reasoning” of the President.

She reminded the people of the dark days during the time of the late strongman Ferdinand Marcos when he placed the Philippines under martial law.

“Many people were tortured, many were killed. But then again they are saying that the 1987 Constitution exactly prevents that. Now, I agree that there are more safeguards in the Constitution. On the other hand, martial law is still martial law in the minds of many,” said the senator.

“We need to be very careful and I think that this is the responsibility of every congressman and senator to be able to put on record their manifestation as to why they voted to uphold this or to reject it in the first place,” Poe said. CBB/rga