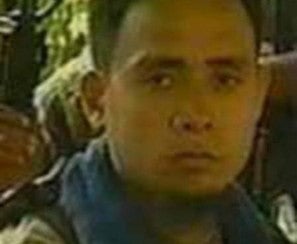 Abu Sayyaf leader Isnilon Hapilon, the target of a military operation that developed into a full-scale battle in Marawi City, is the designated leader of the Islamic State or ISIS in the Philippines, a Philippine government official confirmed Friday.

Solicitor General Jose Calida, in a press conference in Davao City, admitted that the rebels have established an ISIS branch in Mindanao and Hapilon is the point man.

“Our security and intelligence units have monitored ISIS and Maute literature and publications containing orders to their adherence to attack the Philippine government and establish a ‘wilayat’ or ISIS province in Mindanao,” Calida said.

Back in January, Defense Secretary Delfin Lorenzana revealed that they have received information that the Basilan-based Hapilon moved to Lanao in Central Mindanao to establish an ISIS province there. Basilan and Jolo, the strongholds of the Abu Sayyaf in Southern Mindanao, were reportedly too small to accommodate an ISIS branch.

The gunbattle caused thousands of residents to flee, as the members of the Abu Sayyaf and Maute group torched buildings, took over facilities and held several hostages. The ongoing firefight has left 44 killed — 13 government troops and 31 rebels. This also prompted President Rodrigo Duterte to declare martial law in the entire Mindanao.

But Calida said that the declaration of martial law should not worry law-abiding citizens.

“The festering rebellion of the Maute terrorist group, which has pledged allegiance to the virulent ISIS, otherwise known as Daesh in Arabic, is a compelling reason why martial law was declared,” he said.

The solicitor general also expressed concern that the ISIS has radicalized a number of Filipino Muslim youth.

“This is evidenced in the Davao City bombing last September where young Moros were involved….The Hilongos, Leyte bombing was the handiwork of a young balik-Islam recruits,” he said.

“The dream of the Maute group, which has pledged allegiance to the ISIS and to its flag, is to transform Mindanao into an Islamic state or in their language Daulah Islamiyah,” Calida said.

Foreign fighters were also seen fighting alongside the local terrorists in Marawi City, according to Calida. Some of them were Malaysians, Indonesians and other foreign jihadists.

“And that’s the bothersome—before it was just a local terrorist group. But now, there is now an ideology, they have subscribed to the ideology of the ISIS and they have pledged allegiance to the flag of ISIS. So they want to create Mindanao as part of the caliphate,” he said.

The presence of ISIS fighters in the Philippines has been repeatedly denied by the military, saying that the local fighters are just riding on the popularity of ISIS. But Duterte in his speech last Wednesday after he arrived from Russia, tagged these rebels as ISIS. The Department of Foreign Affairs soon followed in tagging the fighters as ISIS in one of its statements.

The military seemed to have no choice but to agree.

He said that the commander-in-chief has access to all information other than the AFP: “Ang sources ng presidente ay hindi lang naman AFP.” JPV/rga