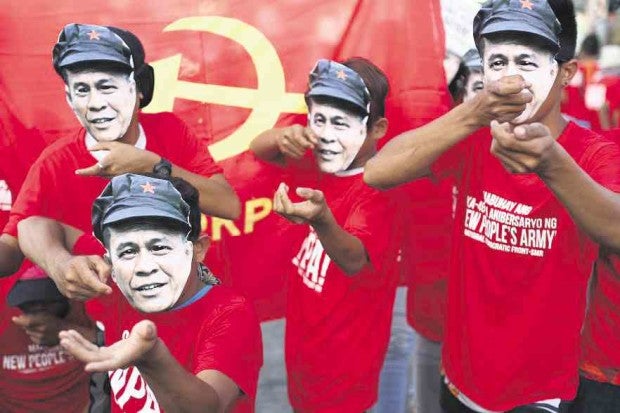 The Communist Party of the Philippines (CPP) has ordered its armed wing, the New People’s Army (NPA), to mount more attacks in Mindanao and  the rest of the country in response to the government’s declaration of martial law.

“The Party calls on the NPA to plan and carry out more tactical offensives across Mindanao and the entire archipelago,” it said in a statement released to media.

President Rodrigo Duterte on Tuesday night declared martial law for 60 days amid fighting between government troops and members of the Maute group in Marawi City.

“By declaring martial law in Mindanao, Duterte has gone beyond the threats and theatrics of the past months,” the CPP said.

The CPP said that Duterte, who claimed that he will be “as harsh” as former President Ferdinand Marcos, is practically ordering the AFP soldiers “to impose its rule and carry out more abuses with extreme impunity.”

“Duterte’s martial law declaration in Mindanao has gone beyond Marawi. It has much wider target and purpose,” the CPP said.

“The martial law imposition was made on the narrow pretext of armed clashes in Marawi City between the AFP and the so-called Maute group, a bandit group whose leaders have known links with military officials,” it also said.

The CPP leadership also called on Filipinos to fight the imposition of martial law in Mindanao and demand its immediate lifting.

“They must carry out and intensify protest mass actions nationwide, banner the demand to end martial law, assert civilian rule and respect for civil and political rights as well highlight the basic demands of the workers and peasants and other democratic sectors,” it added. JPV/rga