US Navy ship sails near Mischief Reef, US official confirms 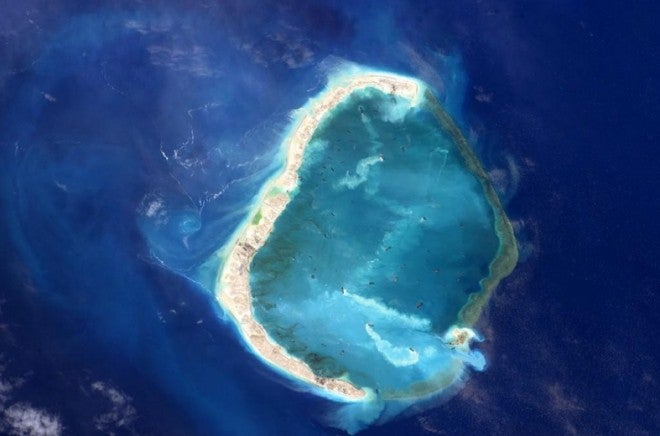 WASHINGTON—A US Navy ship has sailed in disputed South China Sea waters near a reef claimed by Beijing in the first “freedom of navigation” exercise under President Donald Trump, a US official said.

The exercise is likely to provoke anger from Beijing as the Trump administration attempts to draw support from China on reining in Pyongyang.

China claims nearly all of the South China Sea, despite partial counter-claims from Taiwan and several ASEAN members including the Philippines, Brunei, Malaysia, and Vietnam.

It has rapidly built reefs into artificial islands capable of hosting military planes.

The US has challenged annexations of these islets and advocated for a diplomatic settlement to the disputes.

In a statement the US Department of Defense stressed that its Freedom of Navigation Operations program performs exercises that are “not about any one country, nor are they about making political statements.”

According to the Pentagon the US in 2016 conducted operations “challenging excessive maritime claims of 22 coastal states, including allies and partners.” JPV/rga