Woman critical after falling off breakwater with Legazpi marker 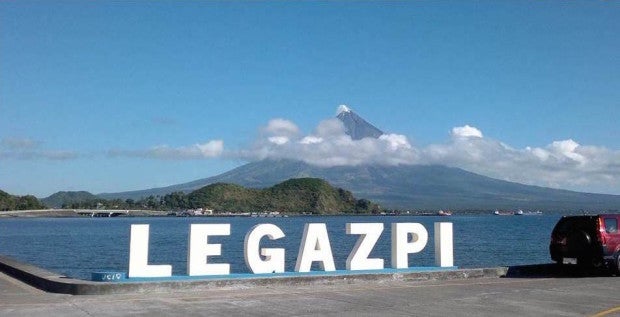 Legazpi City marker (Photo from the official website of Legazpi City at http://legazpi.gov.ph/civil-engineers-find-legazpi-an-exotic-place-feature/)

LEGAZPI CITY — A woman who was here for a national convention is in critical condition after she fell off the breakwater as she posed for a photograph next to the Legazpi marker Tuesday evening.

Superintendent Nilo S. Berdin, Legazpi City police chief, said on Wednesday initial investigation revealed that Melva Dolotina, 54, a native of Barangay (village) Talon-talon in Zamboanga City, was on the Legazpi Boulevard in Barangay Puro when she lost her balance and fell down the seashore off the breakwater near the Legazpi marker at 6:30 p.m.

Berdin said the victim hit her head at the rocky portion of the boulevard, causing her critical injuries.

Dolotina’s companion Margie Padua said she posed and stood between the letters G and A of the Legazpi marker for her photo to be taken. Both women were here for the National Convention of Court Stenographers.

Dolotina was taken to the Albay Doctors Hospital where she will soon undergo a surgical operation.

Dr. Rico Chavez, attending physician at the hospital, said that as of Wednesday, the victim remained unconscious.  SFM