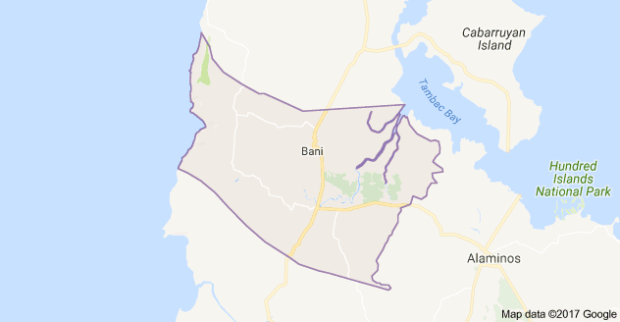 DAGUPAN CITY — The police on Wednesday (May 24) seized weapons and ammunition during simultaneous raids on the houses of six men, including the municipal administrator of Bani town and two barangay (village) chairmen in Pangasinan province.

Police said they found an unlicensed weapon in each of the other suspects’ houses. Their houses were served search warrants issued by Bauang Regional Trial Court Executive Judge Ferdinand Fe in La Union province.  SFM

Read Next
South Korean military court jails soldier for gay sex
EDITORS' PICK
Omicron variant detected in more countries as scientists race to find answers
Legarda: Ending Violence Against Women, a cause for all
Villar Group gears up for AllValue Shopping Party on Dec. 3; around P 1-million promos and discounts up for grabs
A delightful blessing!
Gov’t eyeing COVID-19 vaccine booster for essential workers, indigents by Dec. 10
Gov’t plans to open COVID-19 vaccination for 5- to 11-yr-olds by January 2022
MOST READ
Quiboloy warns of ‘much worse than Omicron virus’ if his ‘persecution’ is not stopped
Marcoleta defends pol ads on ABS-CBN
MMDA: Number coding during afternoon rush hours back this week
Two cases of Omicron variant detected in Canada, govt’ says
Don't miss out on the latest news and information.