Ex-judge who OKd Garcia deal vies to be Ombudsman prosecutor 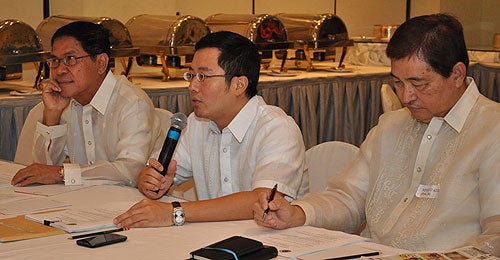 Former Sandiganbayan Presiding Justice Edilberto Sandoval is among the 10 legal heavyweights vying to become the next special prosecutor of the Office of the Ombudsman, replacing Wendell Barreras-Sulit, who bowed out of the service two months ago.

His role in the controversial Garcia plea bargain deal may be brought up as Sandoval and the other applicants face the Judicial and Bar Council (JBC) in a series of public interviews starting Wednesday (May 24).

Sandoval retired from the judiciary in 2011 after serving in the anti-graft court for 15 years.

In 2012, Sulit was dismissed from government service by then President Benigno “Noynoy” Aquino III after she entered into a compromise deal with Garcia regarding his P303-million plunder case.

Interestingly, it was Sandoval who headed the anti-graft court’s Second Division which approved the P135.4-million plea bargain agreement between Garcia and the government prosecutors.

In a notice to the public, the JBC said those opposing the application of Sandoval and the others should submit sworn complaints, report or written opposition.