Househelp, BF who fled with Caloocan baby caught in Isabela 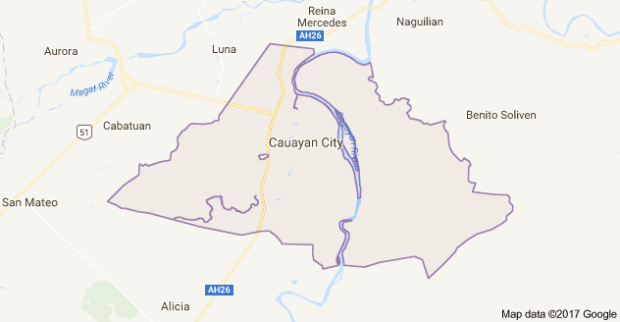 CAUAYAN CITY — A 43-year-old househelp and her boyfriend, who abducted a seven-month-old Caloocan City baby last week, were caught in Barangay (village) Gappal here on Monday (May 22), police said.

The baby, Princess Kylie Mejia, was safe when the police arrested Josephine Pedrales-Asuncion and Christopher David, a resident of Gappal.

On Friday (May 19), Asuncion was caught by Caloocan closed circuit television cameras carrying Princess, the baby of Eugenio and Girlie Mejia, as she and David took a tricycle ride to a bus station. They took a bus bound for Isabela.

“I just wanted the baby to be toured around Isabela so I took her away at my boyfriend’s suggestion. I could not ask for her parents’ permission because I do not know the business address of my employer,” Asuncion claimed.

The Mejia family had put up a P25,000-bounty for information regarding Asuncion’s whereabouts, before they proceeded to Asuncion’s home in Iguig town in Cagayan province on Saturday (May 20).

They tracked down the fugitive couple to this city with the help of Asuncion’s relatives.

Girlie said Asuncion had been working for them for a month, and was recruited by a cousin. The Cauayan police were scheduled to turnover Asuncion and David to the Caloocan police on Monday night or Tuesday morning (May 23).  SFM/rga