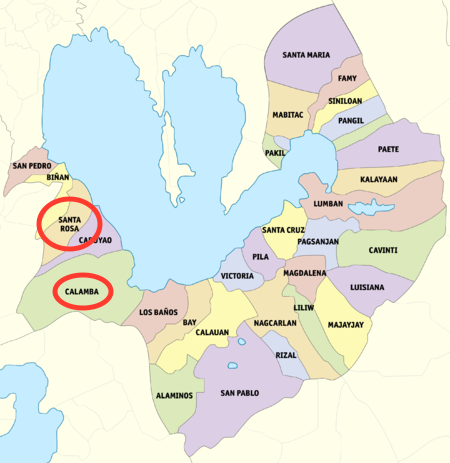 In Calamba City, suspected illegal drug pusher Johnlee Alcantara was killed in a police operation around 2:30 a.m. Tuesday, a report from the Cavite Laguna Batangas Rizal Quezon (CALABARZON) police said. The report said that Alcantara, sensing he was dealing with cops, drew his gun and shot Police Officer 1 Kevin Villarino. Villarino was wearing a bullet-proof vest that protected him.

In the adjacent city of Sta. Rosa, another illegal drug suspect identified only as “Onad” was killed by the police around 3 a.m. on Monday.

Supt. Joel Estaris, the Sta. Rosa police chief, said  in a text message, that the suspect was shot when he engaged the policemen in a gunfight. The suspect died on the way to the hospital.

Police recovered a .45-gun, a motorcycle, and a sachet of suspected “shabu” (methamphetamine hydrochloride).  SFM/rga