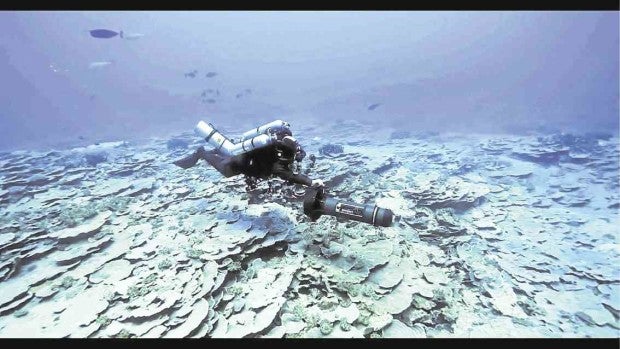 From now on, Benham Rise will be known as Philippine Rise.

Benham Rise became controversial early this year after Mr. Duterte admitted that he had allowed China to send ships to the 24-million-hectare undersea feature, which the United Nations has declared part of the Philippine continental shelf.

Following the controversy, the President announced plans to rename Benham Rise to emphasize Philippine sovereign right and jurisdiction over the area.

In Executive Order No. 25, dated May 16, Mr. Duterte said the country could rename Benham Rise “in its exercise of sovereign rights and jurisdiction.”

The country has sovereign rights and jurisdiction over the Benham Rise region in accordance with the 1987 Constitution, national legislation, the United Nations Convention on the Law of the Sea (Unclos) and applicable international laws, according to EO 25.

The UN Commission on the Limits of the Continental Shelf ruled in 2012 that Benham Rise was part of the country’s extended continental shelf and thus the country could explore, exploit, conserve and manage natural resources there.

EO 25 said Philippine Rise would now be the name that would appear on maps and charts produced by the National Mapping and Resource Information Authority (Namria).

It directed the Department of Foreign Affairs to notify concerned international organizations on the new name of the submerged landmass.

Government agencies were also directed to use Philippine Rise in official documents.

The landmass, the shallowest part of which is 50 meters, is a rich fishing ground for fishermen from Aurora, Quezon, and the Bicol provinces. It is called “Kalipungawan” (loneliness) by fishermen from Catanduanes, who can reach the area after a 12-hour boat ride.

Bigger than Luzon, Philippine Rise extends eastward off the provinces of Aurora and Isabela, and the Bicol region. The extended continental shelf in Philippine Rise has an area of 135,506 sq km (13.5 million hectares), equivalent to about half of the country’s land area.