House opposition eyes another impeach case vs Duterte in 2018 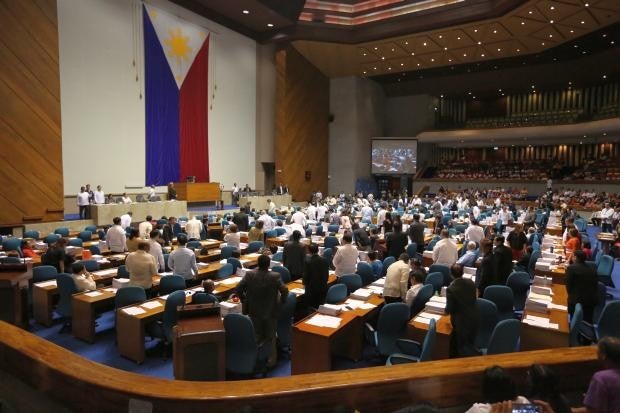 MANILA — See you next year.

Opposition lawmakers could file another impeachment complaint against President Duterte in the House of Representatives next year upon the expiration of the one-year ban on such complaints, a lawmaker said on Monday.

“Because there’s a one-year ban, we would again look for possibilities to hold this government accountable — an impeachment process of
course,” Villarin said.

“For us, you have to wait for the right timing. We will work harder the next chance we get. The complaint could (have) additional grounds,” he said.

Alejano said the President should be held accountable for his bloody war on drugs while accusing him of amassing P2 billion in unexplained wealth.

However, the House justice committee voted that Alejano’s complaint was insufficient in substance.

Villarin conceded that the House impeachment process was and would usually be, “in the end, a numbers game.”

“Unfortunately, it’s a political process though it partakes of judicial character. In the end it’s a number game,” he said.

Villarin said the other means to hold Mr. Duterte accountable included the pending complaint against the President before the International Criminal Court.

He said another means could be an official investigation into human rights abuses in the drug war by Agnes Callamard, the United Nations Special Rapporteur on Extrajudicial Killings.

“And of course, we in the opposition also want this government to allow the visit without conditionalities,” he added.  SFM